Day 2 on Nalusuan and I was already kicking myself for not booking more days at this little slice of paradise on earth.
I woke up right as the sun started to rise and it was magical, something I could SO get used to. 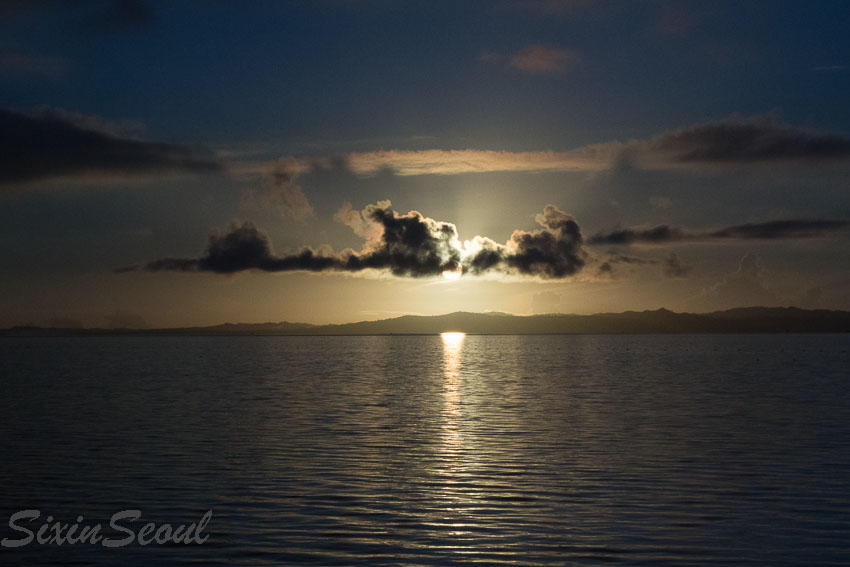 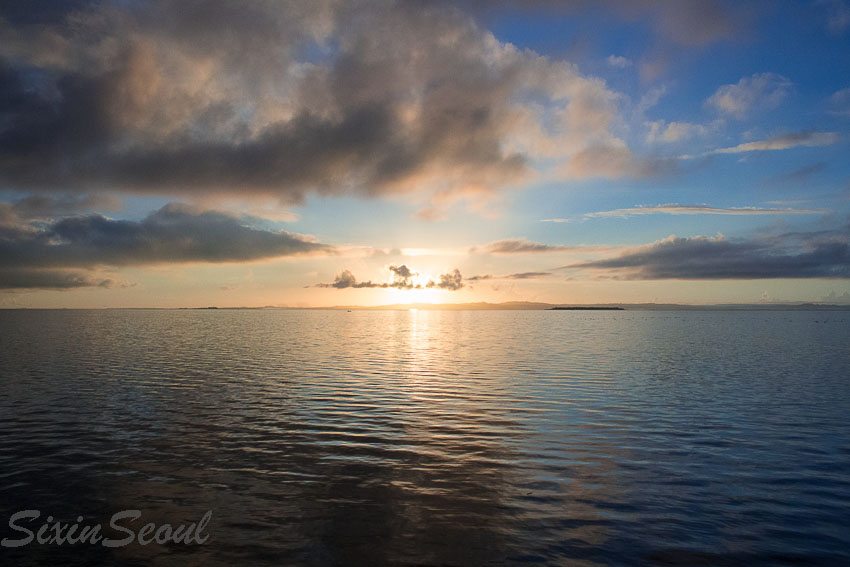 After sitting on the balcony for a few minutes to watch the sun rise I decided to go for a walk around the island... 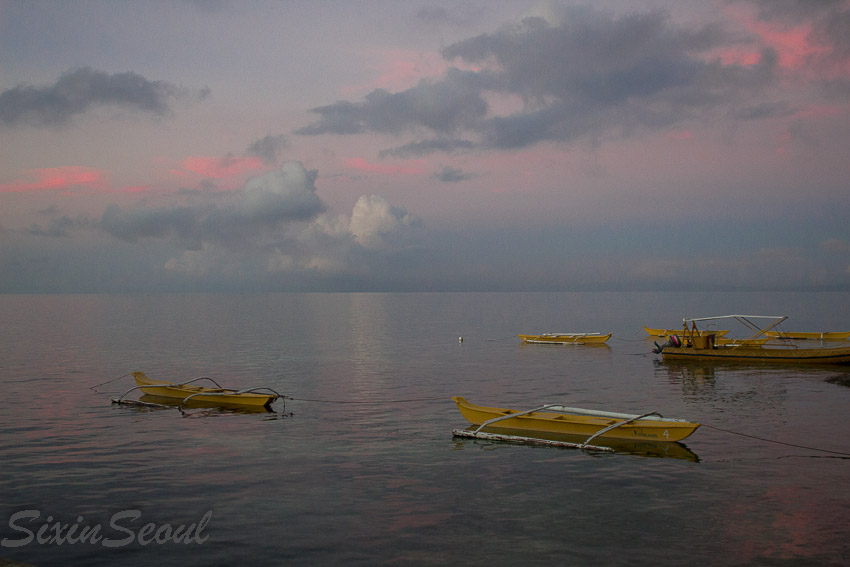 After a little while Hubby joined me. 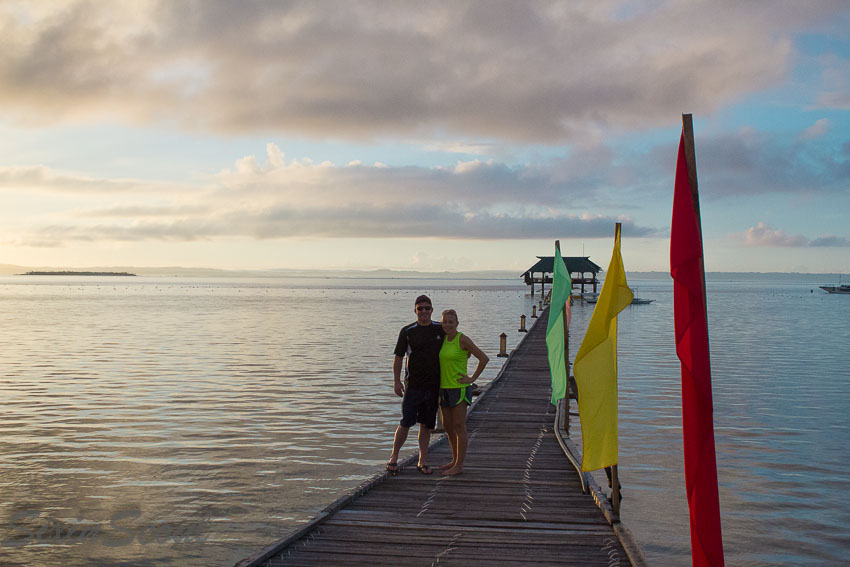 I can't tell you how peaceful it was on the pier.
I mean look at how calm the water is.
I could get used to this life.
I also couldn't get over how the sky was changing every few seconds.
I think I have 100 shots of sunrise. 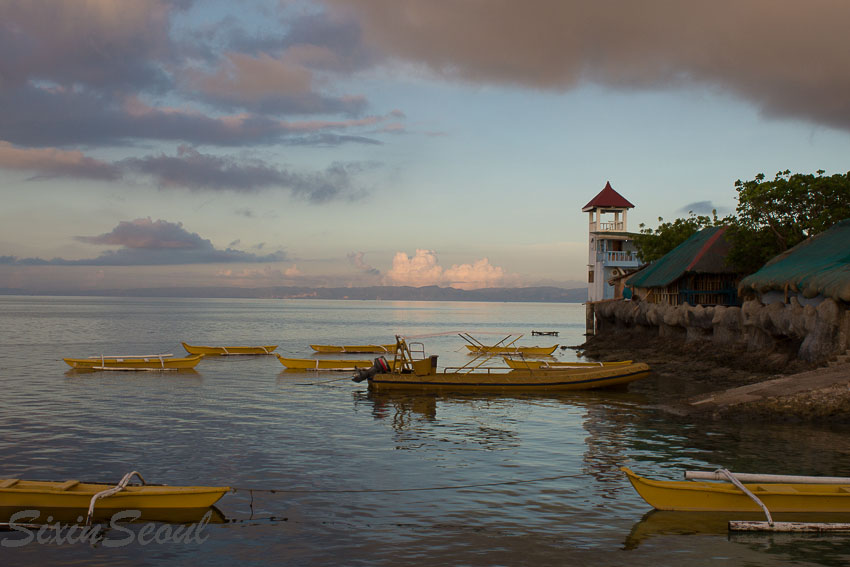 Look at how calm the water is. 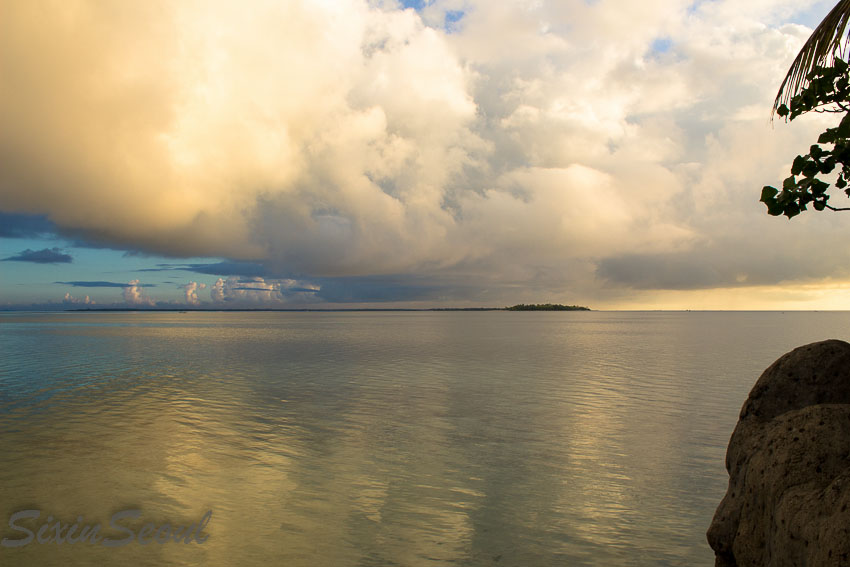 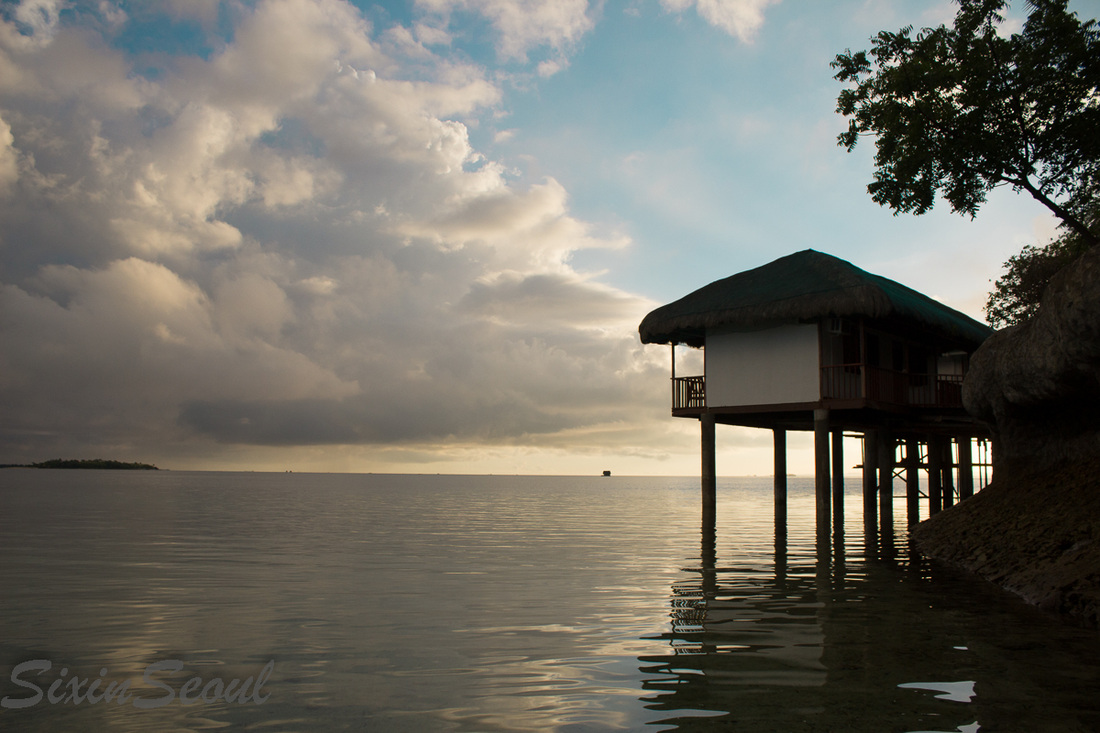 It wasn't too long before our people started waking and peering over their balconies to say good morning. 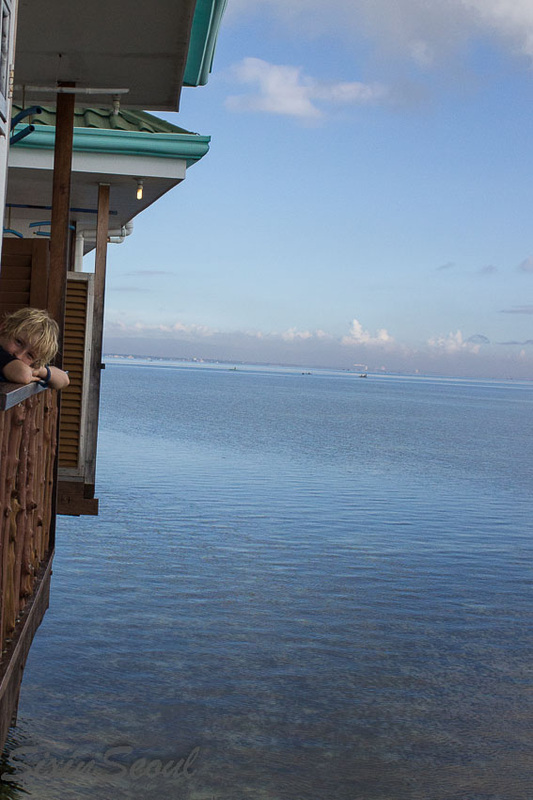 And then it was time to start our fun filled day of snorkeling (for hours!!), playing on the beach when low tide came in and then jumping off the pier when it was high tide!

This was the first time I had ever seen star fishtracks!
Can you find the starfish in the picture that has 6 legs?
I didn't even notice that until a friend pointed it out AFTER we were home! 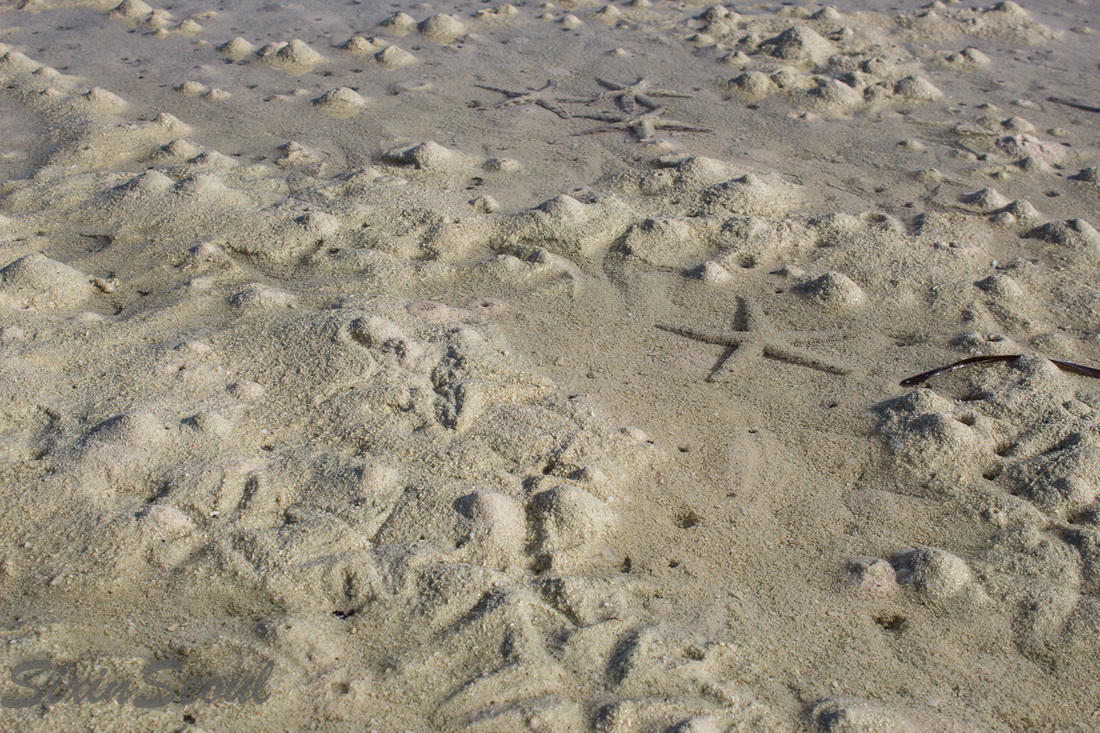 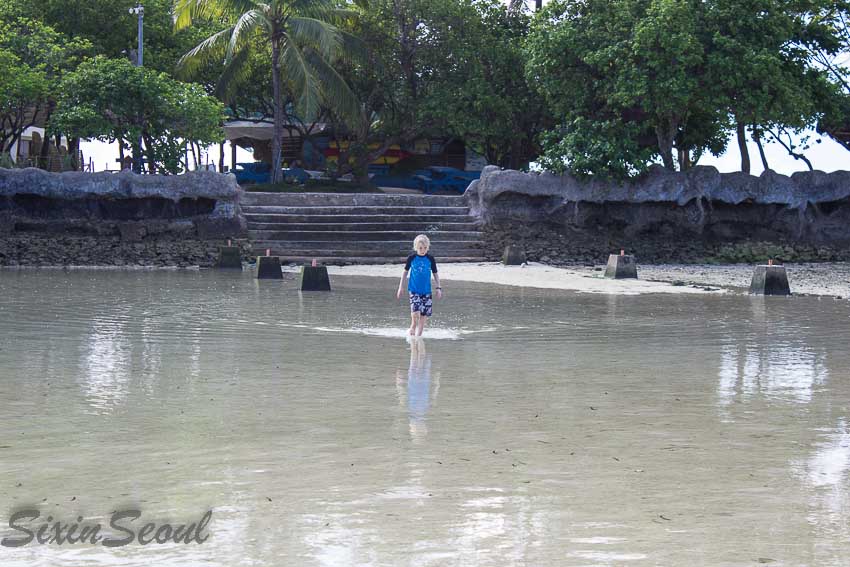 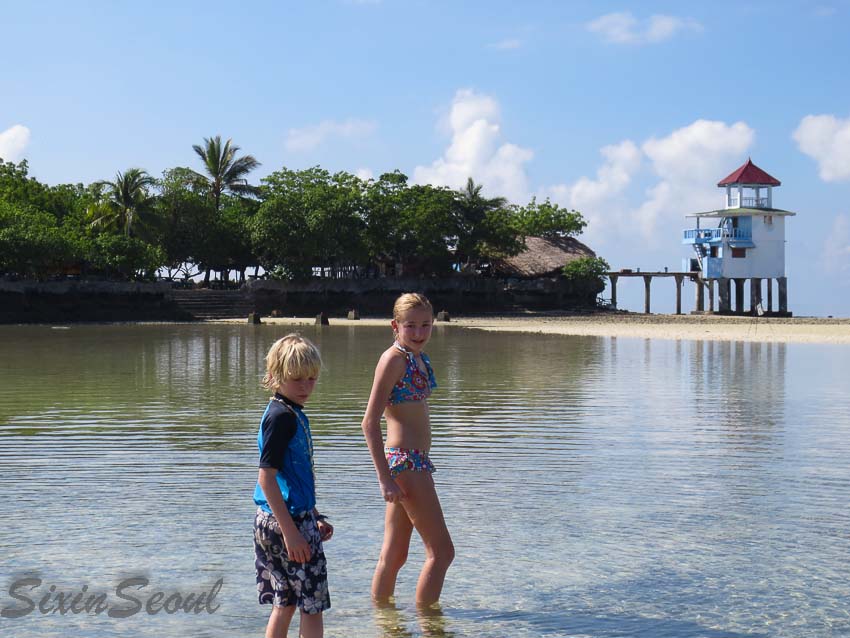 The starfish were incredible and they came in a variety of shapes, colors and sizes! 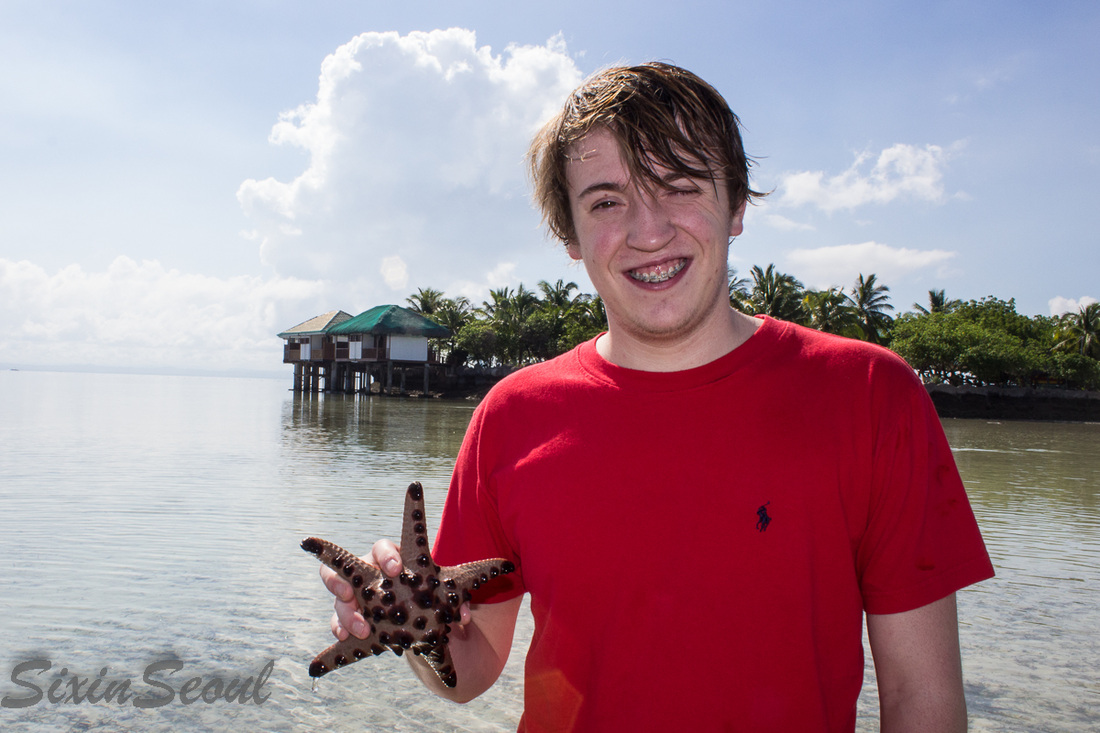 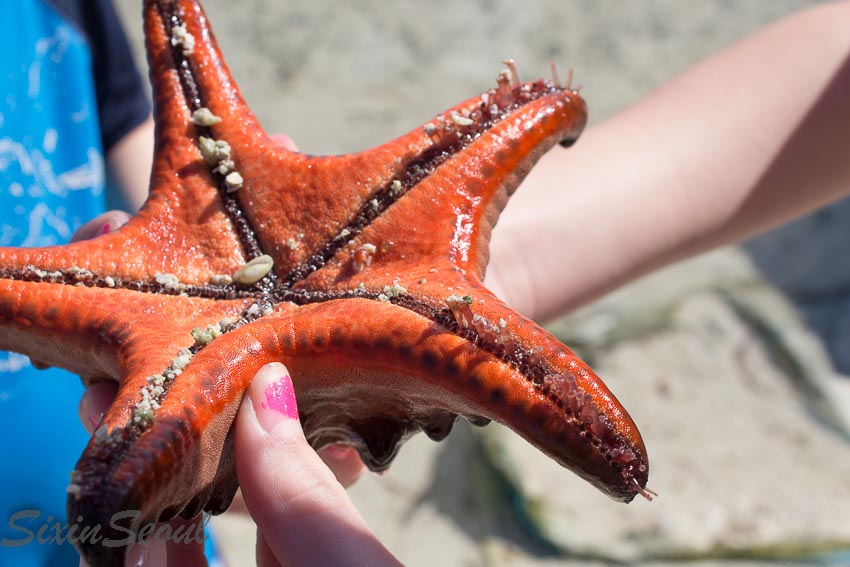 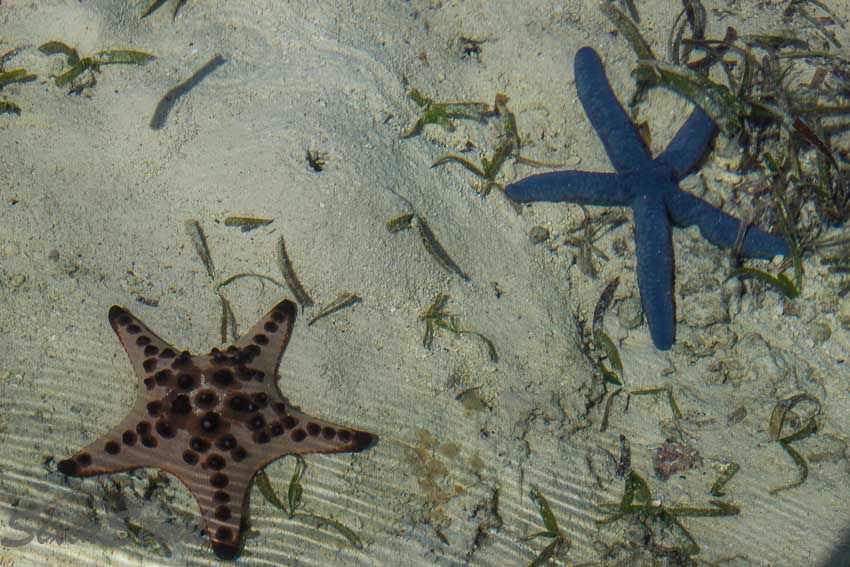 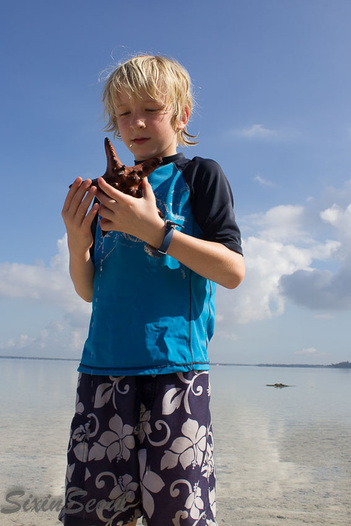 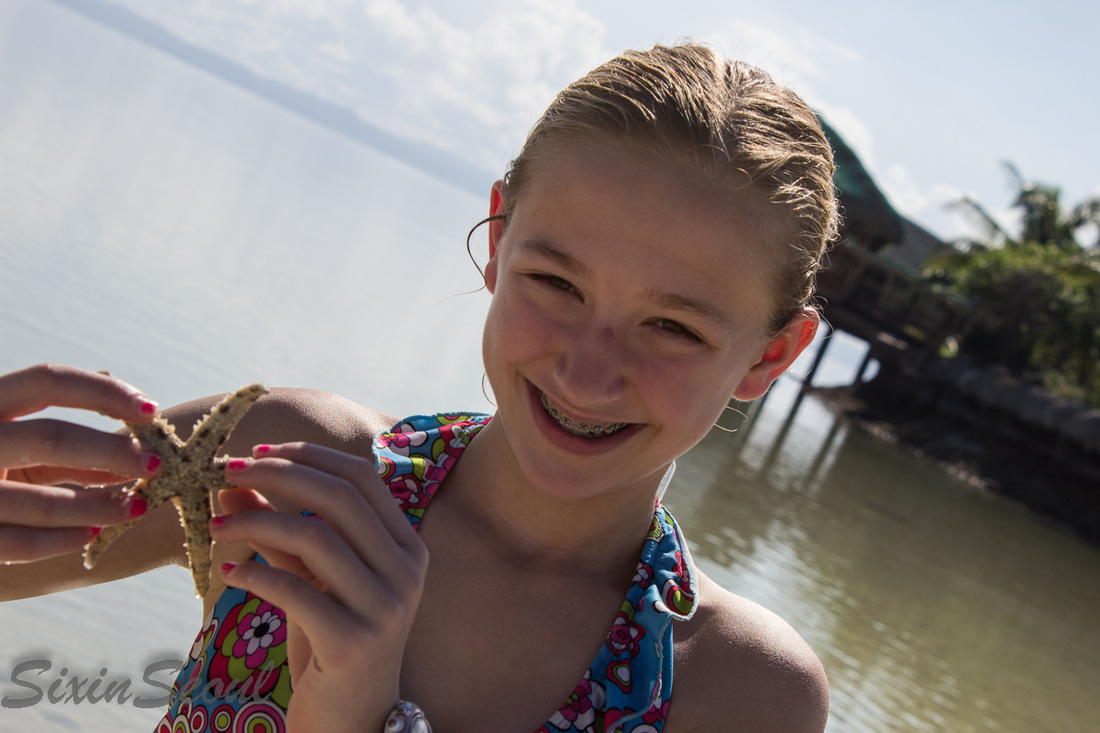 We have no idea what was doing this - they were all over the beach!
We tried to dig it up and look, but we could find nothing.
Do you know what it is? 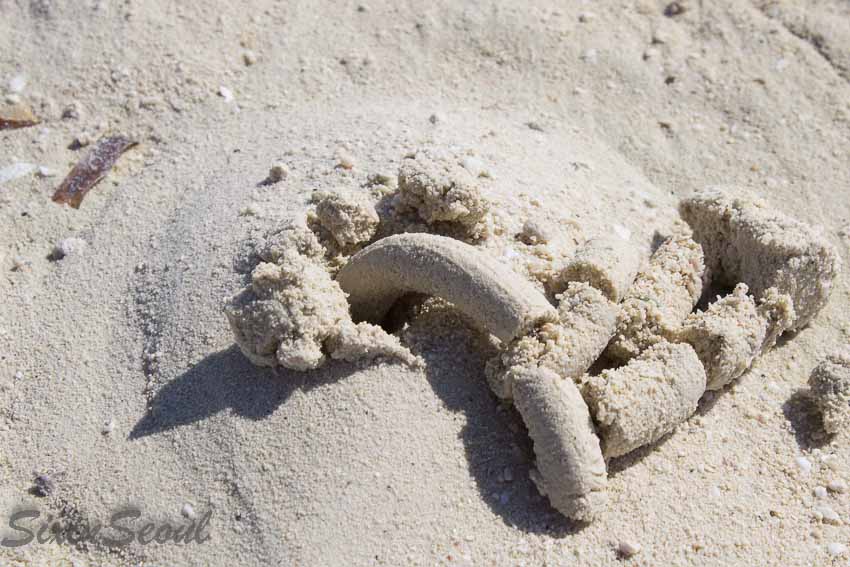 We could walk for a good mile in the water. 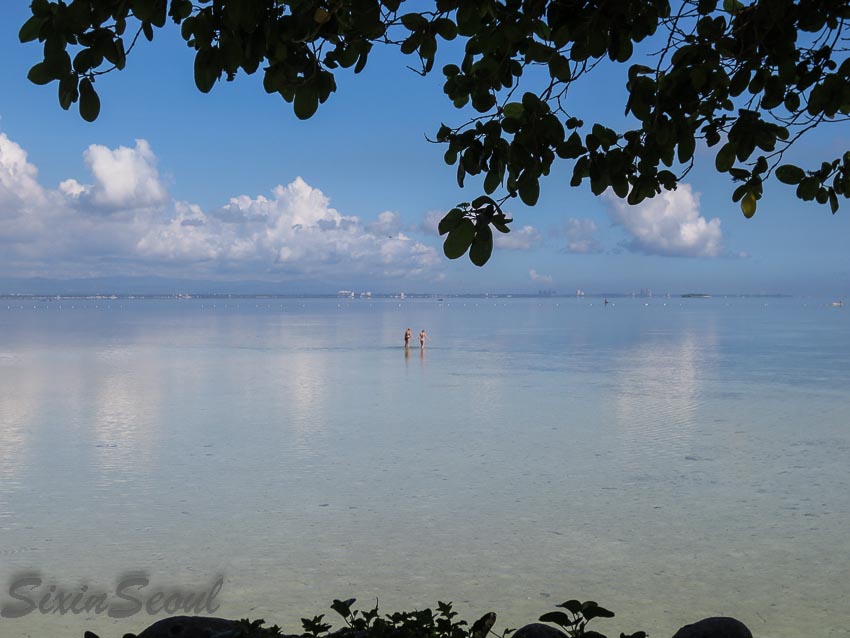 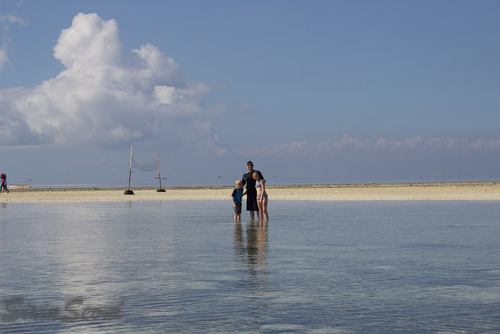 Boy 1 introduced us to the game 'Ninja' which we played often while on the island.  I am sure many of the tourist that flock to the island for snorkeling and scuba diving between the hours of 11 & 5 could not figure out what the crazy American's were doing. 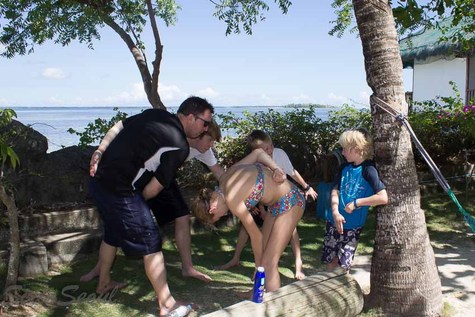 Someone found a nice and relaxing spot! 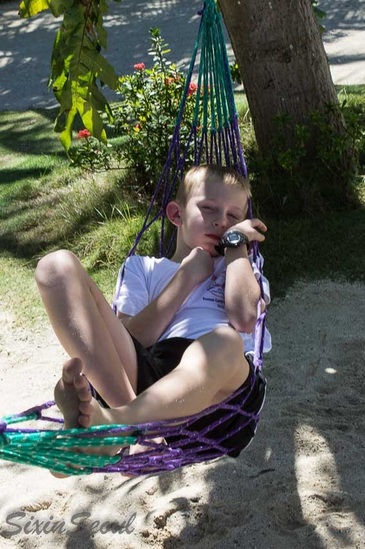 I don't have an underwater camera so I didn't get any snorkeling shots, but the snorkeling was the best we have ever done.  The live coral which was just a few feet from the pier was spectacular.  I've never seen so many colors and so many different types of live coral & fish as there were here and we have been snorkeling and diving in many locations across the world.   By far my favorite place for snorkeling, hands down!

At the end of the day when all the tourist left we and it was high tide we headed out for a little pier diving! 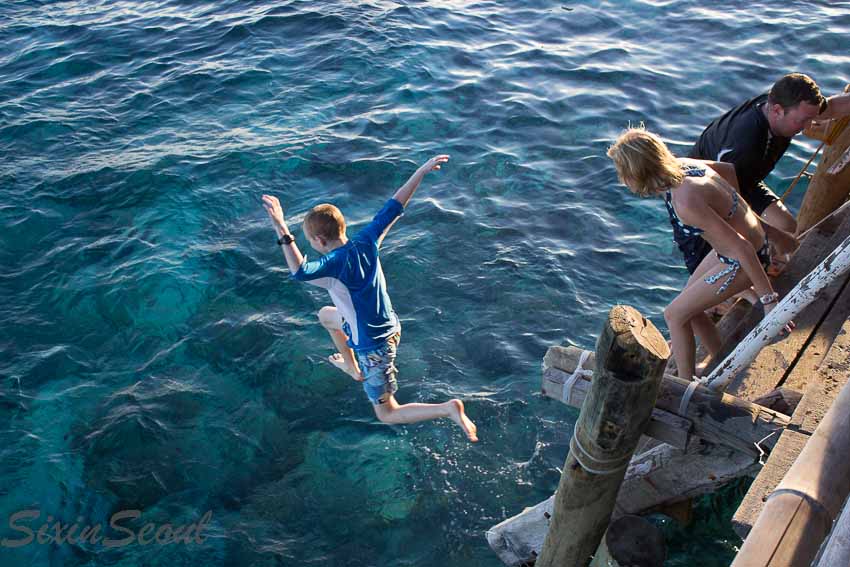 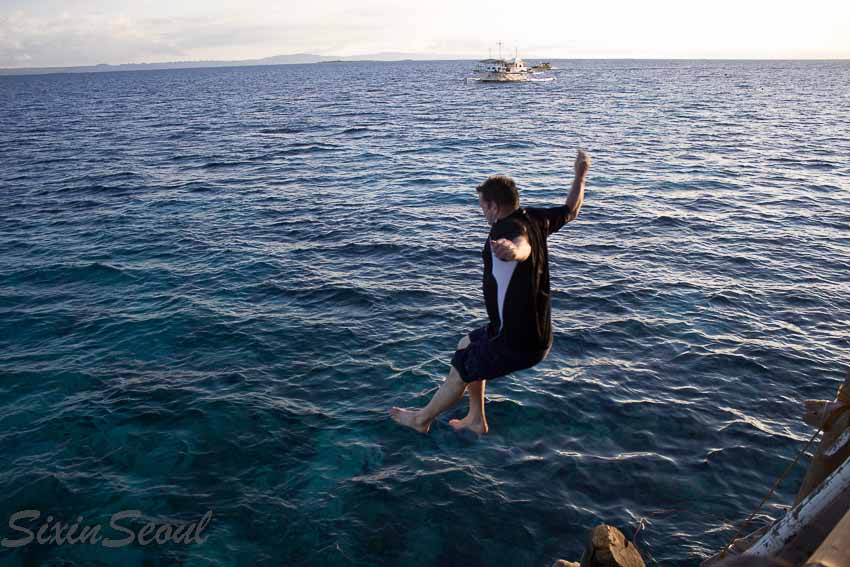 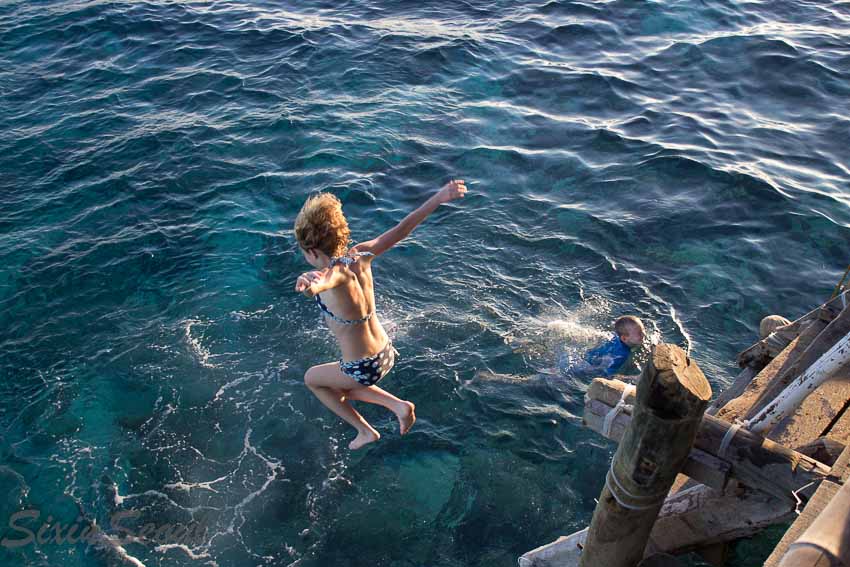 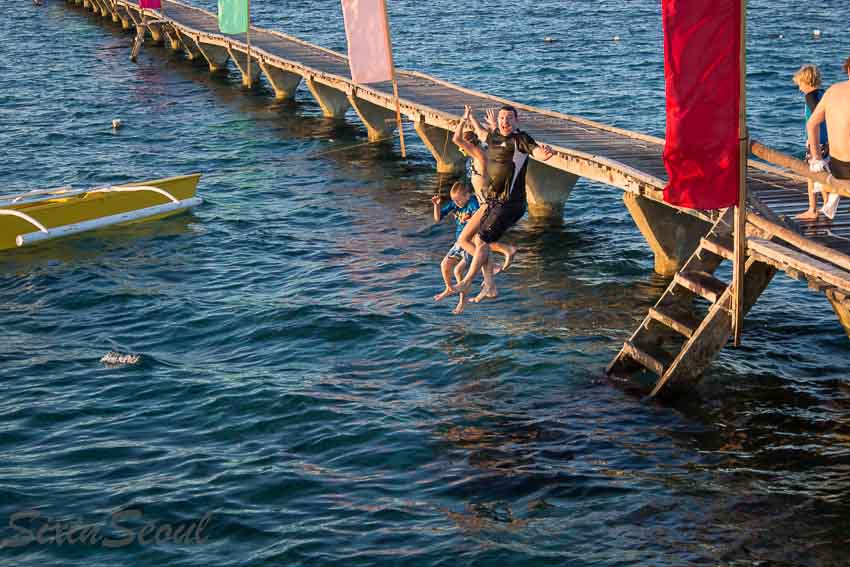 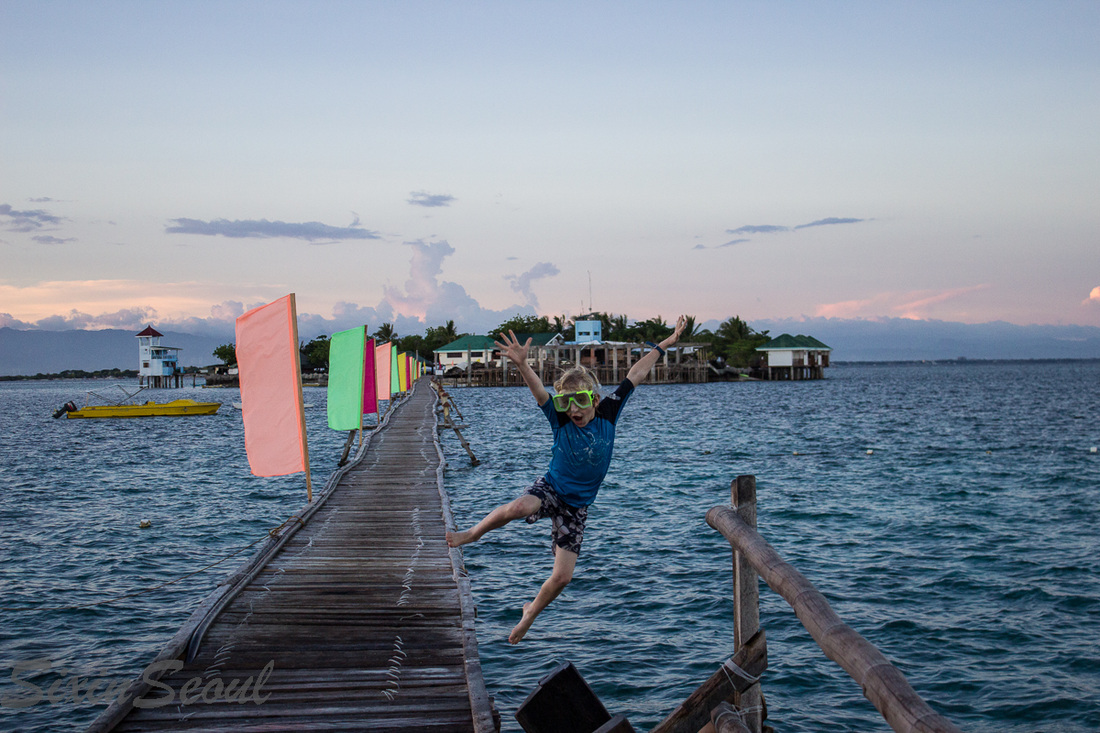 As soon as he knocked his dad off the pier, HE RAN! 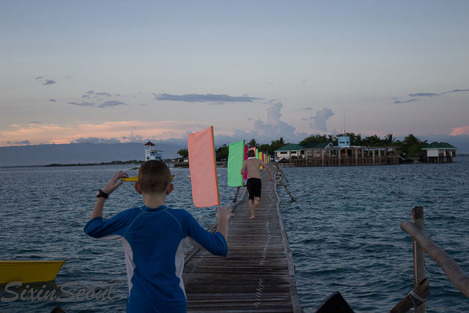 My favorite day on vacation EVER. 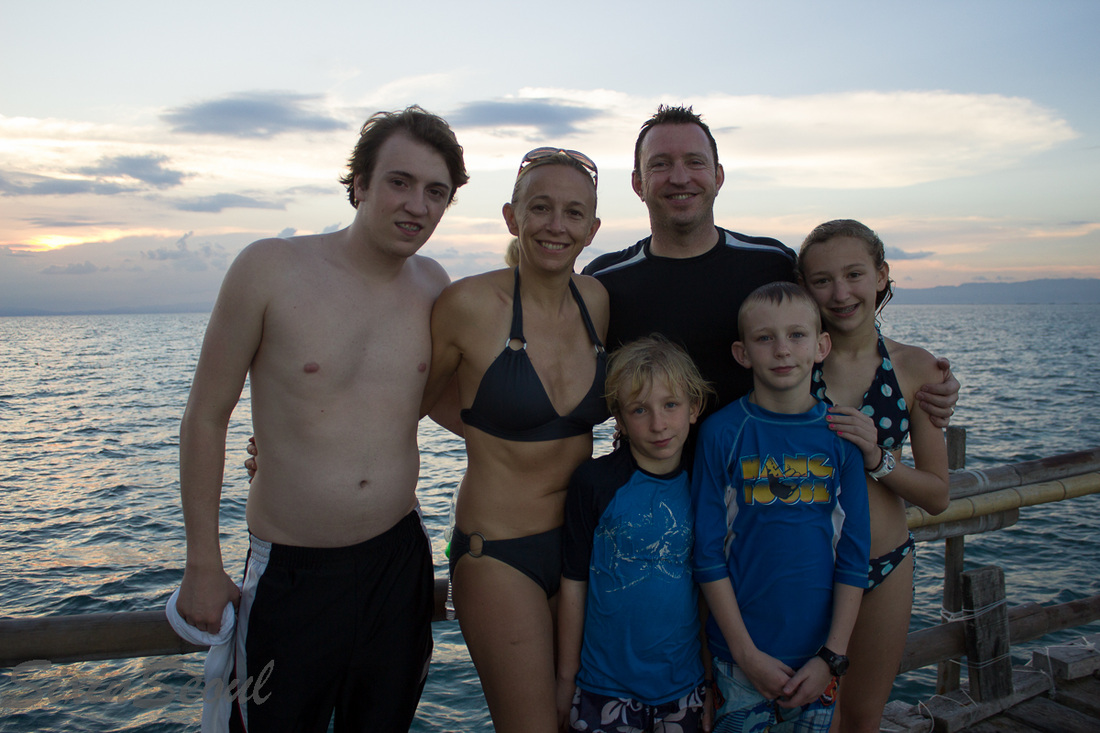 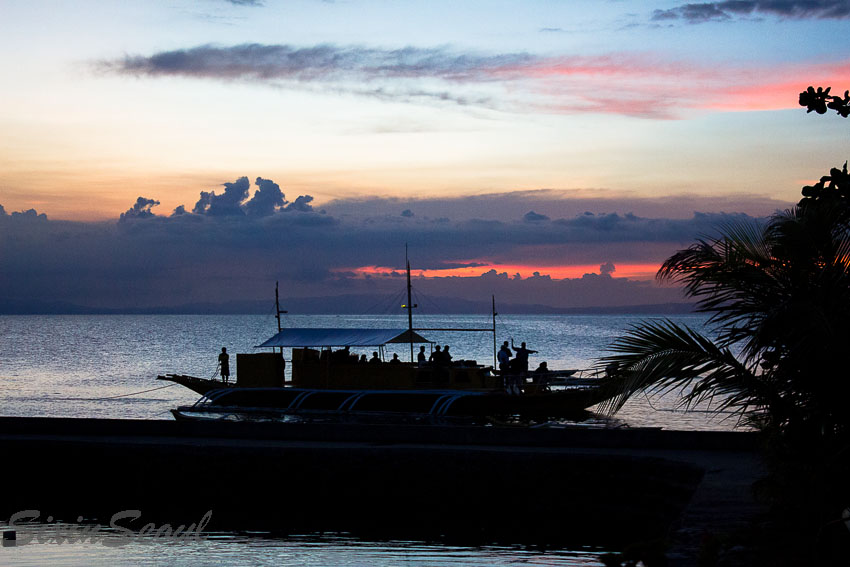 Goodnight Nalusuan.
I can't wait to see you in the morning. 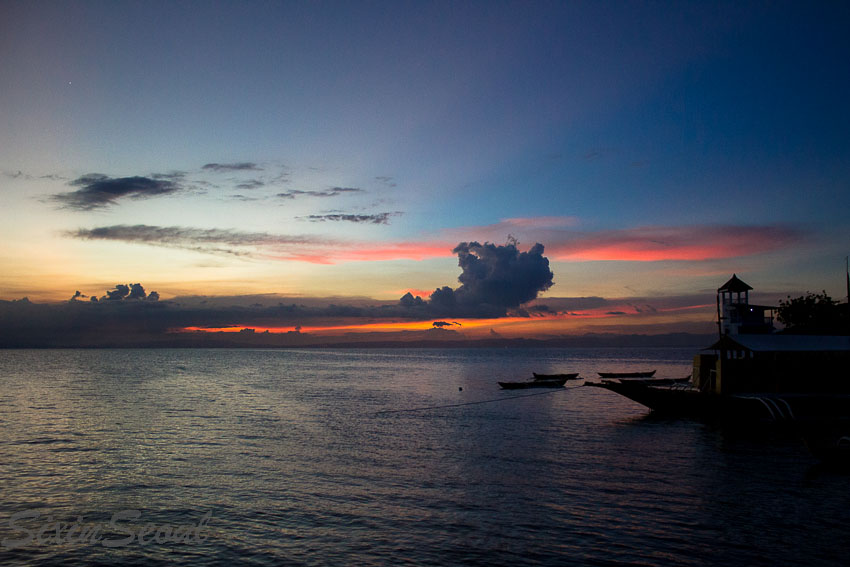 Maybe this ... http://en.wikipedia.org/wiki/Geoduck
My uncles used to dig for them in WA. They are FAST.