On the 21st of July Hubby was out of town so the kids and I hopped on the subway with friends and headed out Seoul World Cup Stadium to watch a very memorable soccer game.  The EAFF Womens East Asia Cup - South Korea VS North Korea!   Now really, how many people can say they have seen the North Korean Womens soccer team LIVE?  OK...quite a few, but it is still pretty darn cool. 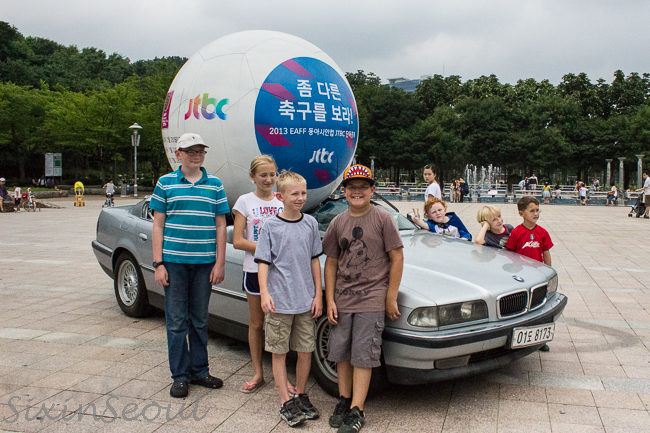 Kids with a few friends. 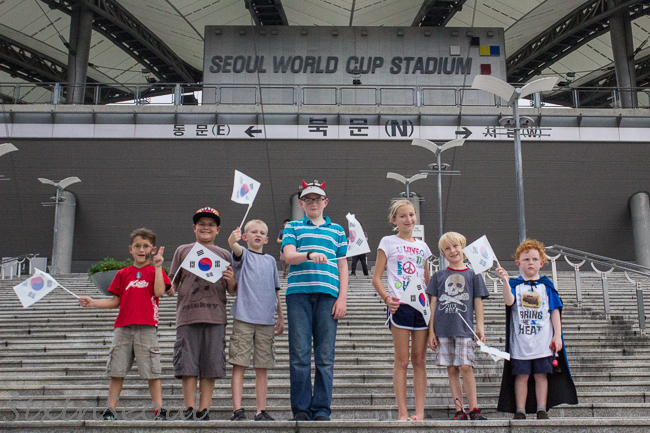 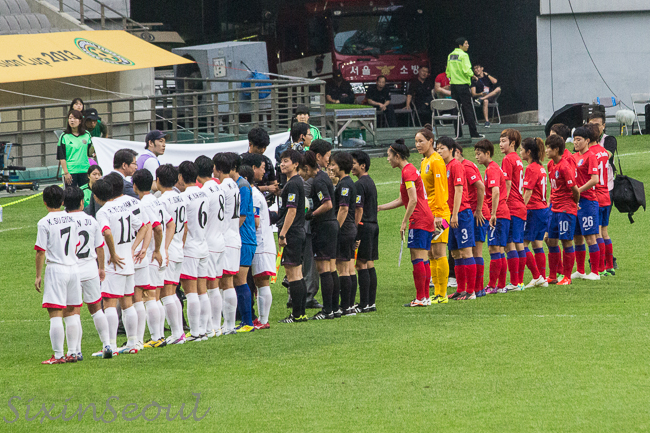 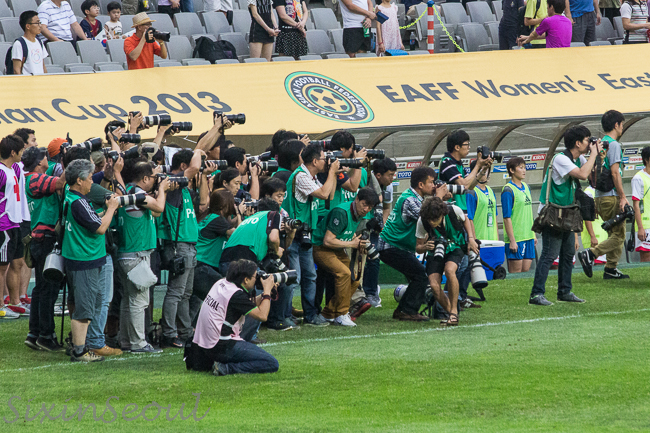 I'm not sure how this works, but these were North Korean fans.
I wasn't sure at first, but it became obvious as the game started. 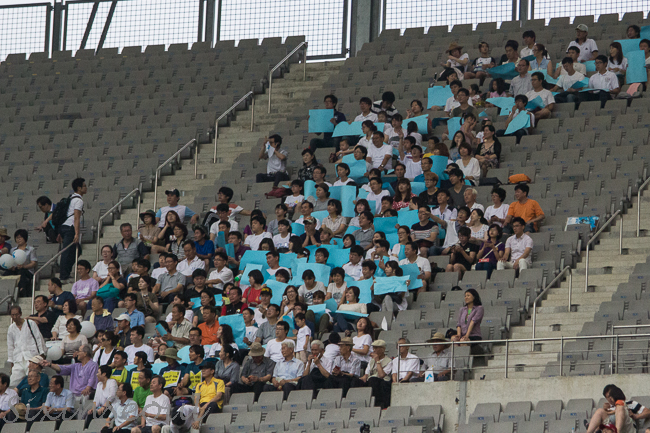 And as it turns out we were sitting on the North Korean side.
Who knew when I bought tickets that the "South" side would actually be the "North" side?
It really didn't make sense to me. 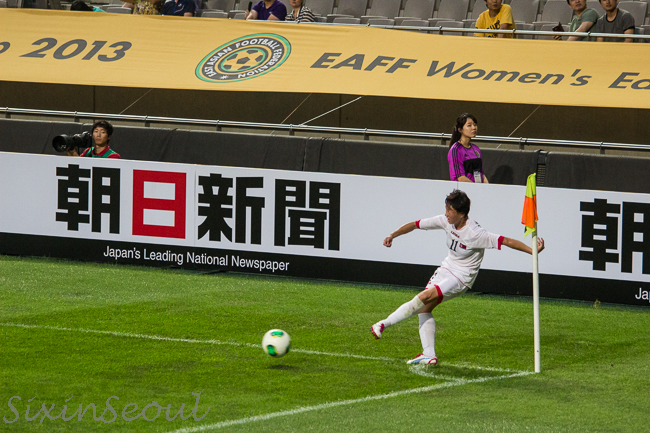 But we just went with it anyway. 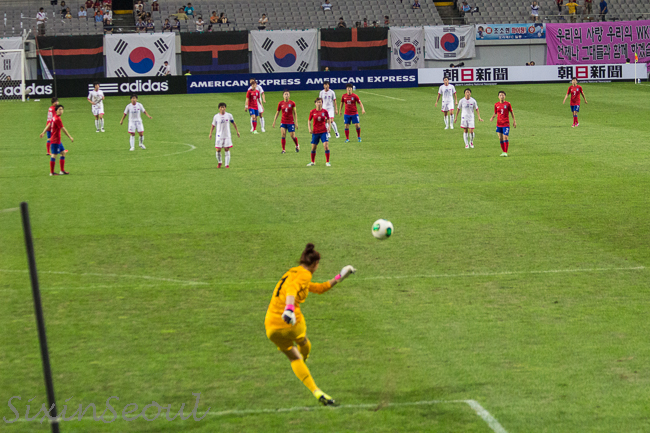 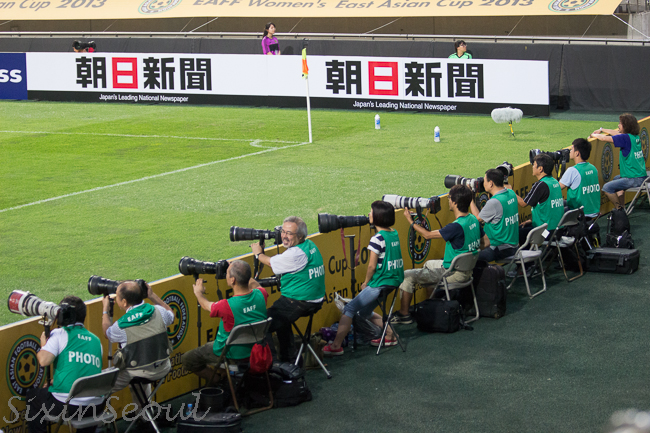 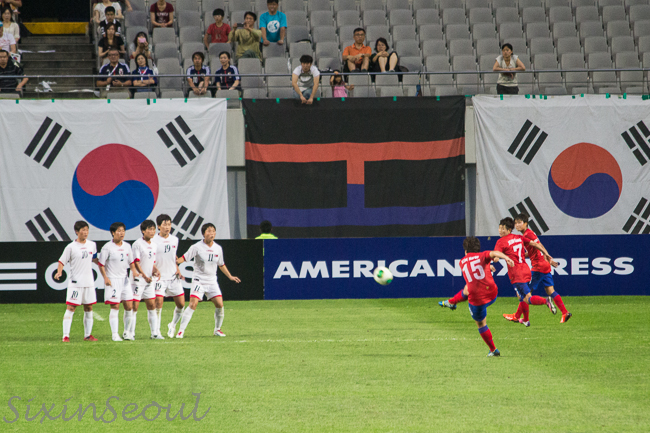 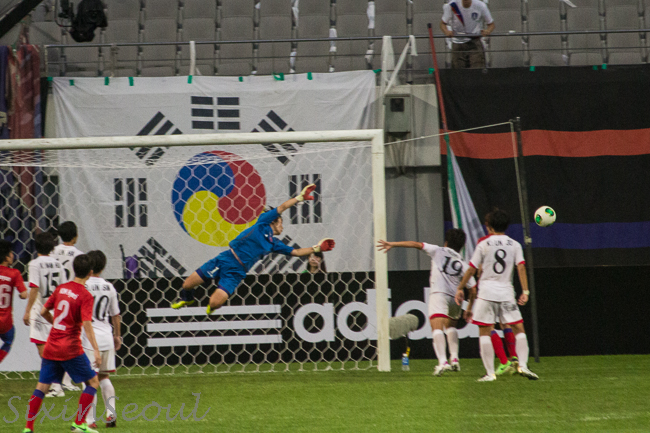 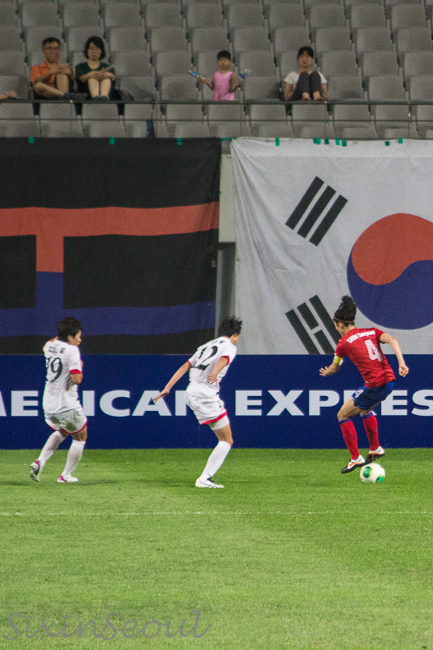 These boys were funny, they talked Minecraft the entire time. 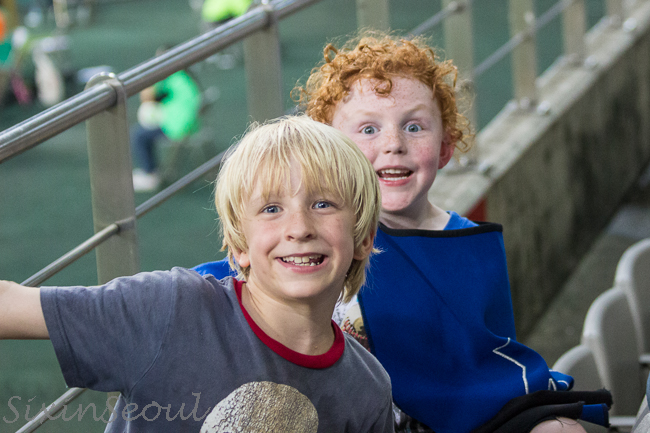 This one ate constantly. 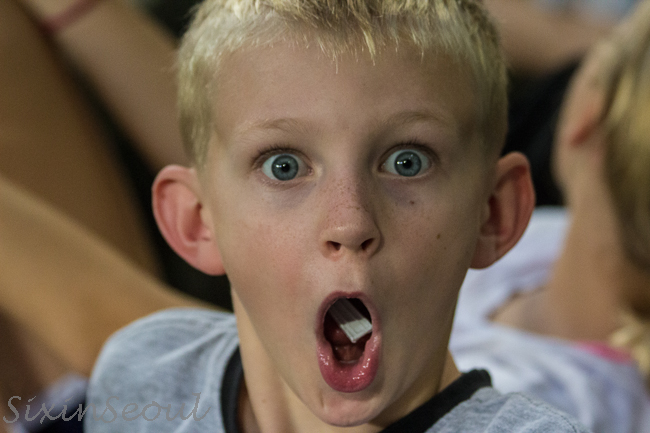 And this one wasn't too impressed with the game she was watching so decided to catch a few z's. 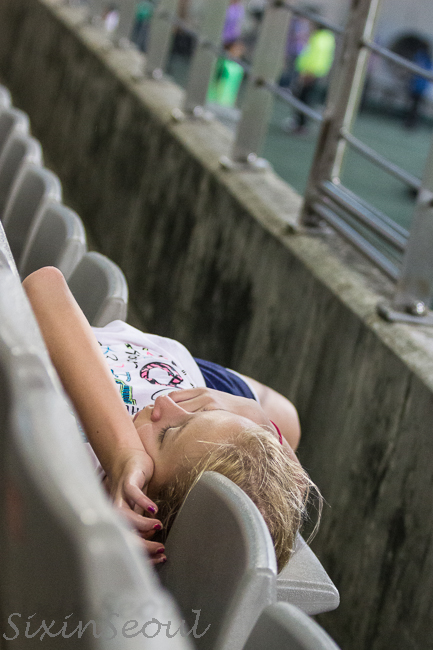 In the 2nd half of the game, North Korea came back and took the lead, winning the game 2-1. 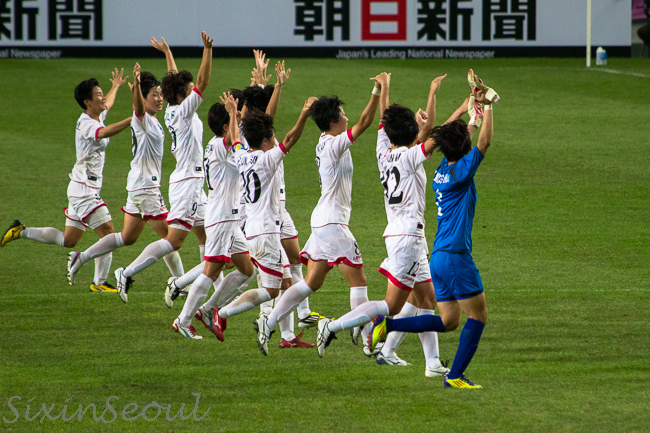 Even if the kids were a little bored out of their minds, Aimee and I still had a good time.
North Korean side and all. 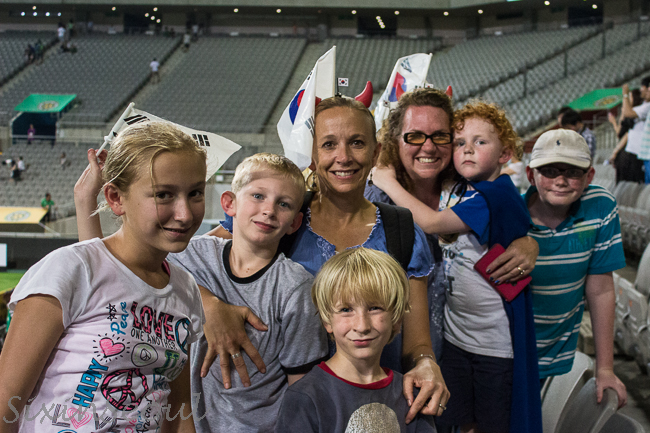 What a cool experience!