This 'little' temple was AWESOME!  Everywhere you looked there were carving.  It was more decorated than any of the other temples.  I took over 200 pictures here - don't worry I've narrowed it down to about 30 for you.   The temple's name, Banteay Srei means "Citadel of the Women" or perhaps "Citadel of Beauty".  The actual name of the temple was Tribhuvanamahesvara (try saying that 3 times fast!) which meant "Great Lord of the Threefold World".  I have no idea why they changed the name to Banteay Srei except that it is easier to say.  :o)

Srei was not a royal temple unlike the other temples I have showed you.  If you will notice this temple is tiny.  Everything about it is small. OH, and this temple is a bit off the beaten path, so it wasn't discovered until 1914!  It was believed to have been built between the years of 967-1000!  HOLY OLD.  One of the oldest temples we visited. 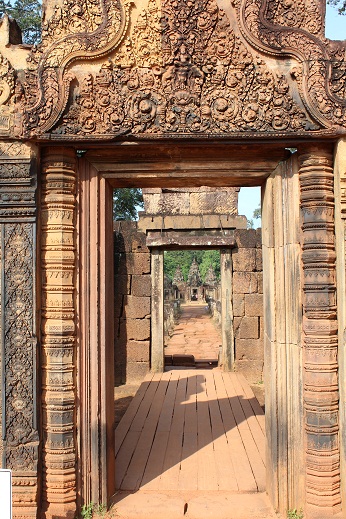 Notice Indra on his three headed elephant mount (below)? 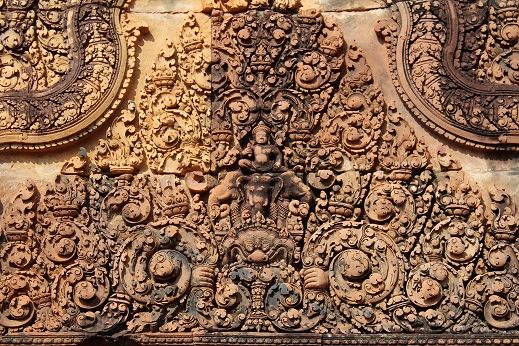 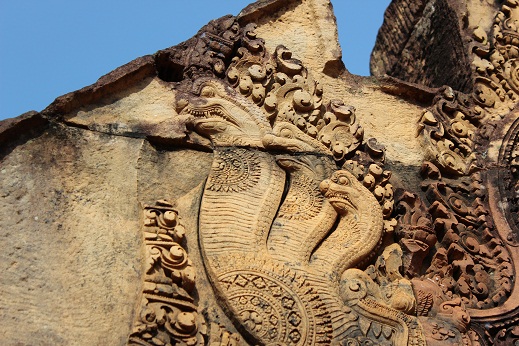 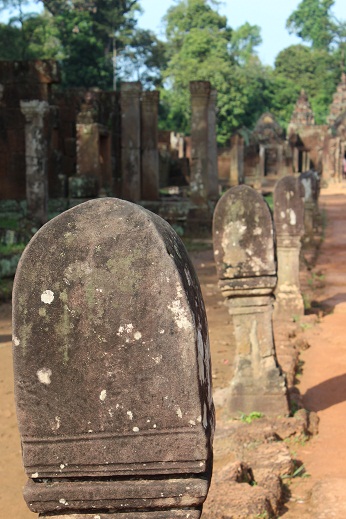 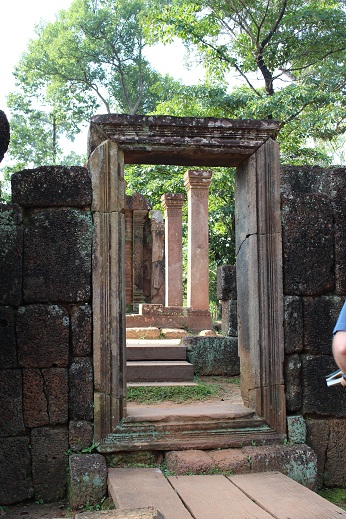 Not the best picture but the only one I took of the tilting wall.
(I think after 1,100 years or so I would be tilting too!) 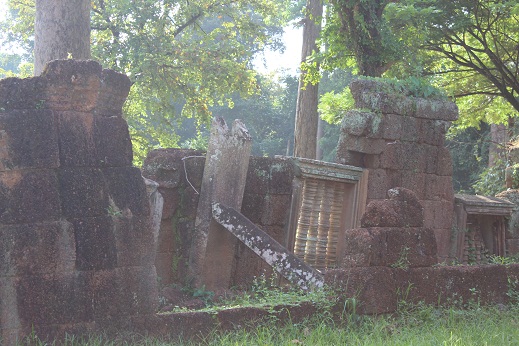 Narasimha about to take a bite out of Hiranyakasipu.  OUCH! 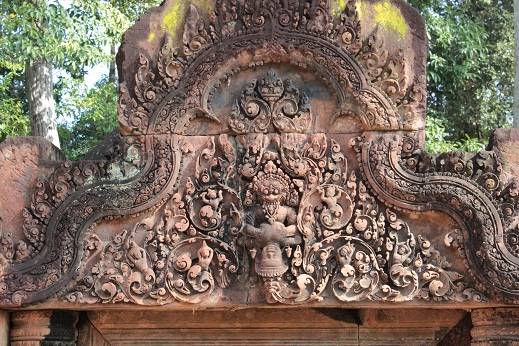 My handsome peering out a window. 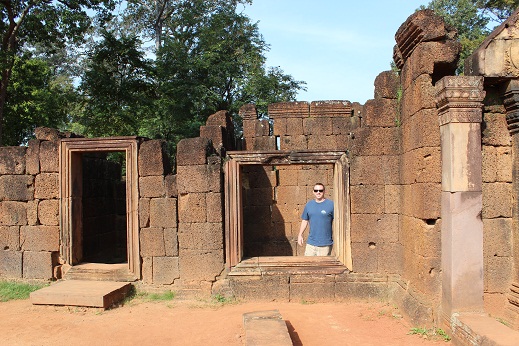 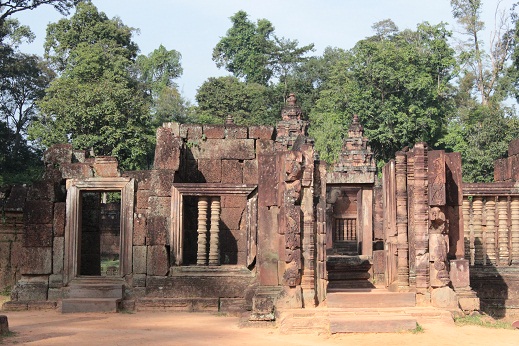 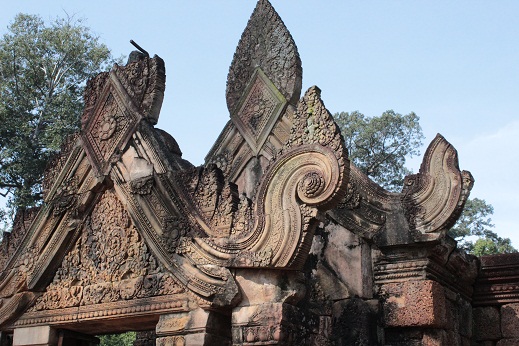 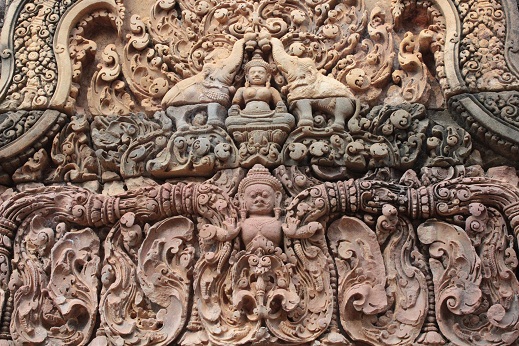 Remember we talked about the lotus flower? 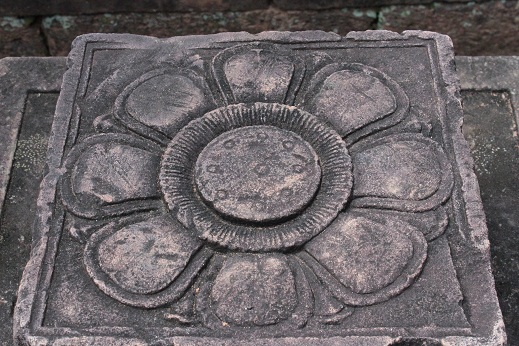 Not only were they etched in the temples, they were growing in the water all around the temples as well. 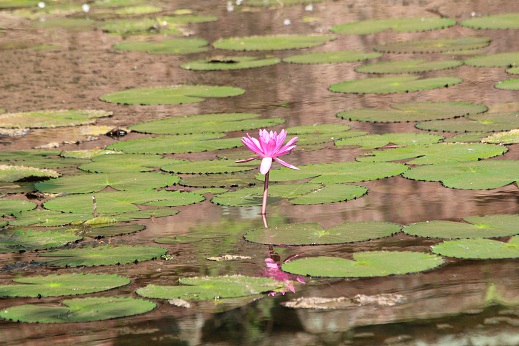 As Cambodia went from Hindu to Buddhist many of the heads were removed from the temples, as you can see in the bottom of this picture. 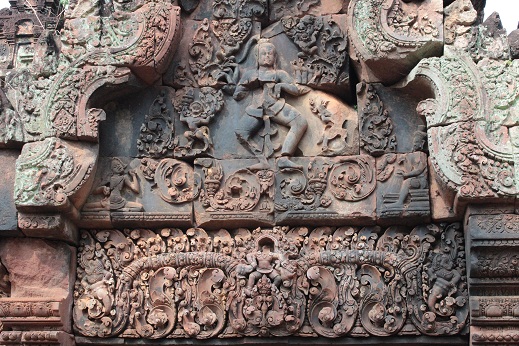 Most of the guardian's in the next few pictures are copies and all are damaged.  Thieves could not tell the difference between the copies and the real thing so they continued to steal from the temple. The original statues are in the National Museum in Phnom Penh.  All of these guardians have human bodies but the heads vary. 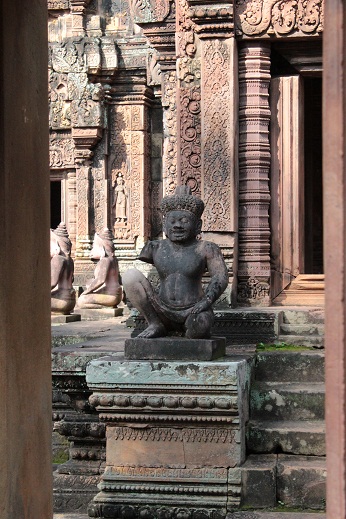 Check out the carvings in the buildings behind this guardian. This place was AMAZING. 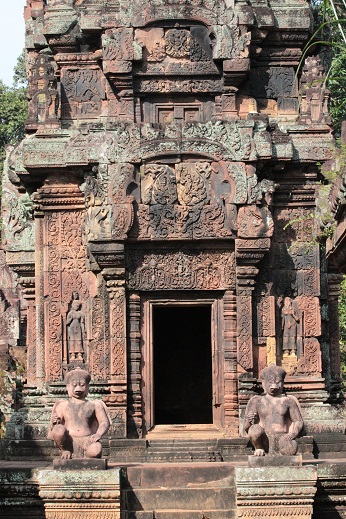 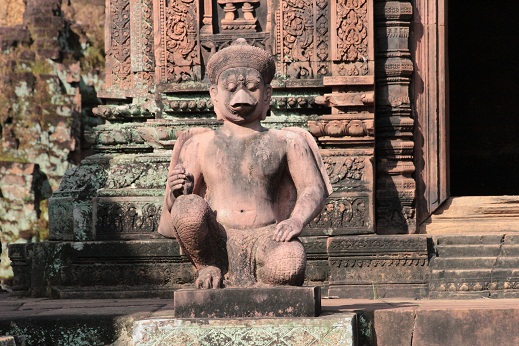 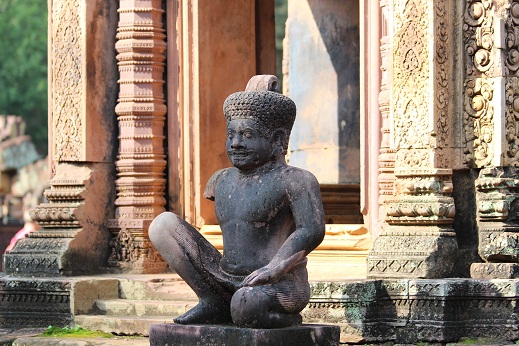 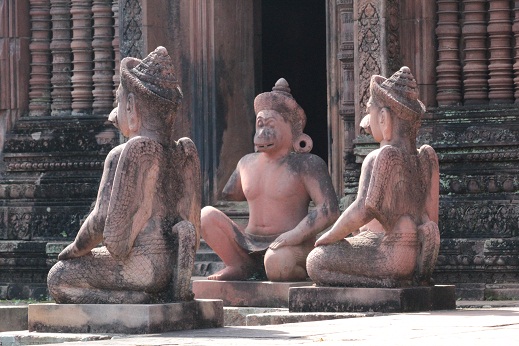 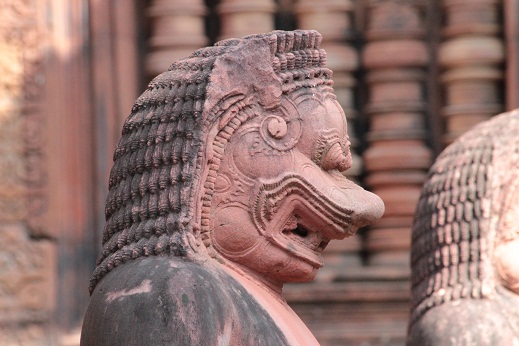 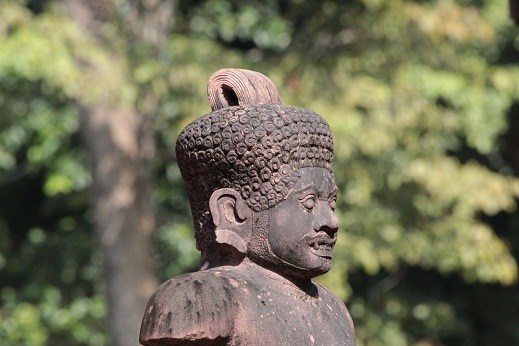 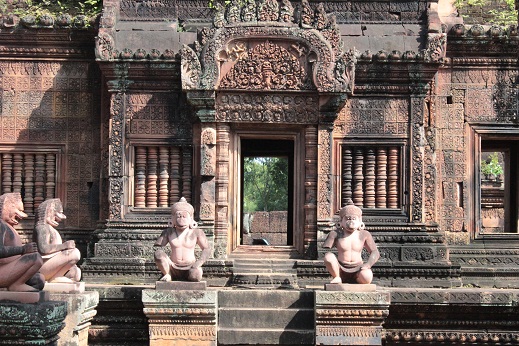 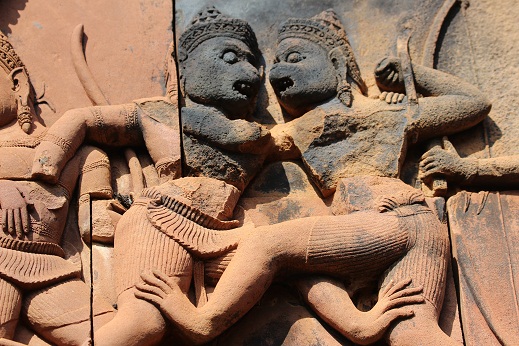 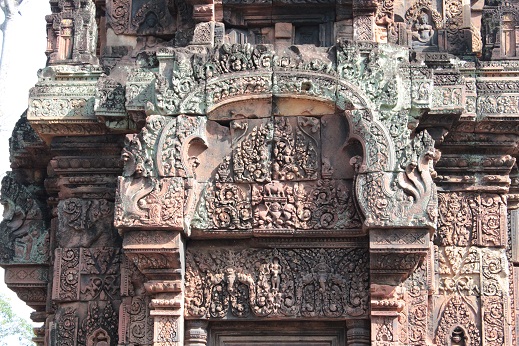 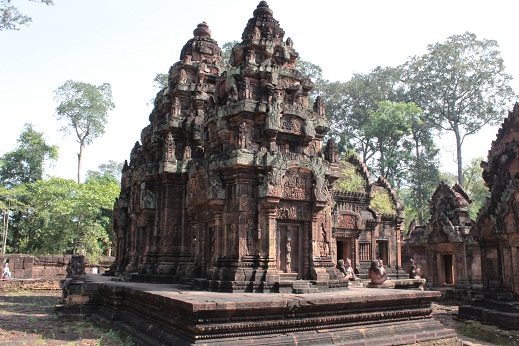 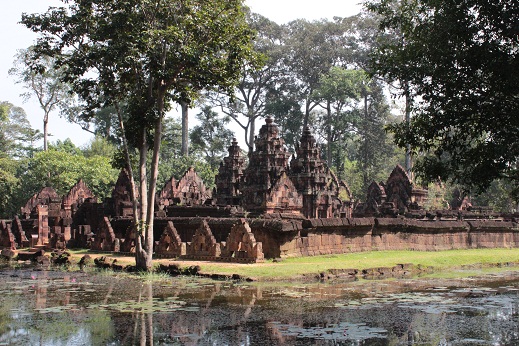 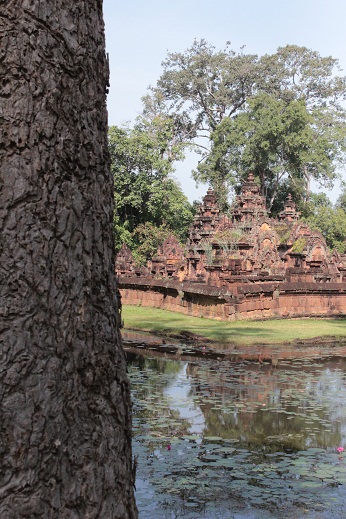