Welcome to Korea where temps don't get much higher than freezing on any given day from Dec-Feb.
Yesterday it was actually warm, 34 degrees F, but it started snowing early in the day and it didn't stop till sometime in the middle of the night.
If I had not made reservations for the show Miso it is possible that last night could have turned into a  'Dexter' night.
(We just started season 7 of Dexter, and OH MY GOODNESS.  I'm so rooting for Dexter.  Don't judge me.)
ANYWAY...back to MISO!
Of course had to catch an outside train.
The deck was covered. 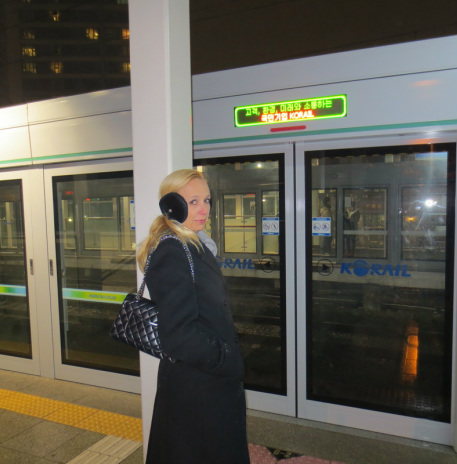 We took line 2 to City Hall Station and went out exit 2 (don't listen to other blogs, they renumbered the exits -WHY?!?!), this is what we saw to our left: 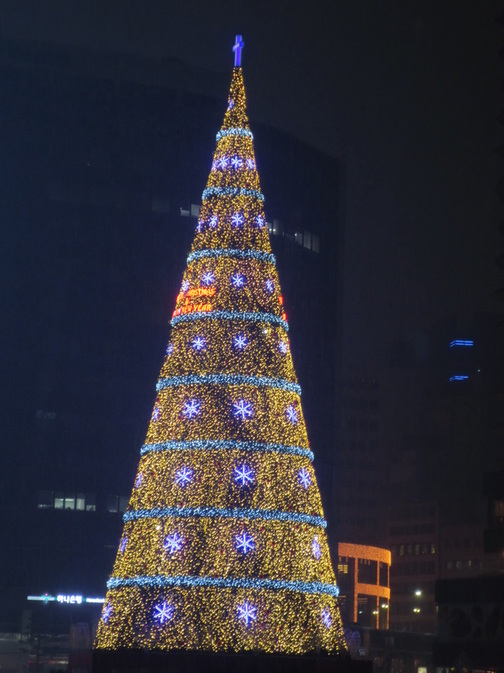 And this is what we saw to our right:
The Deoksugung Palace.
(Doesn't it look magical with all the snowflakes?) 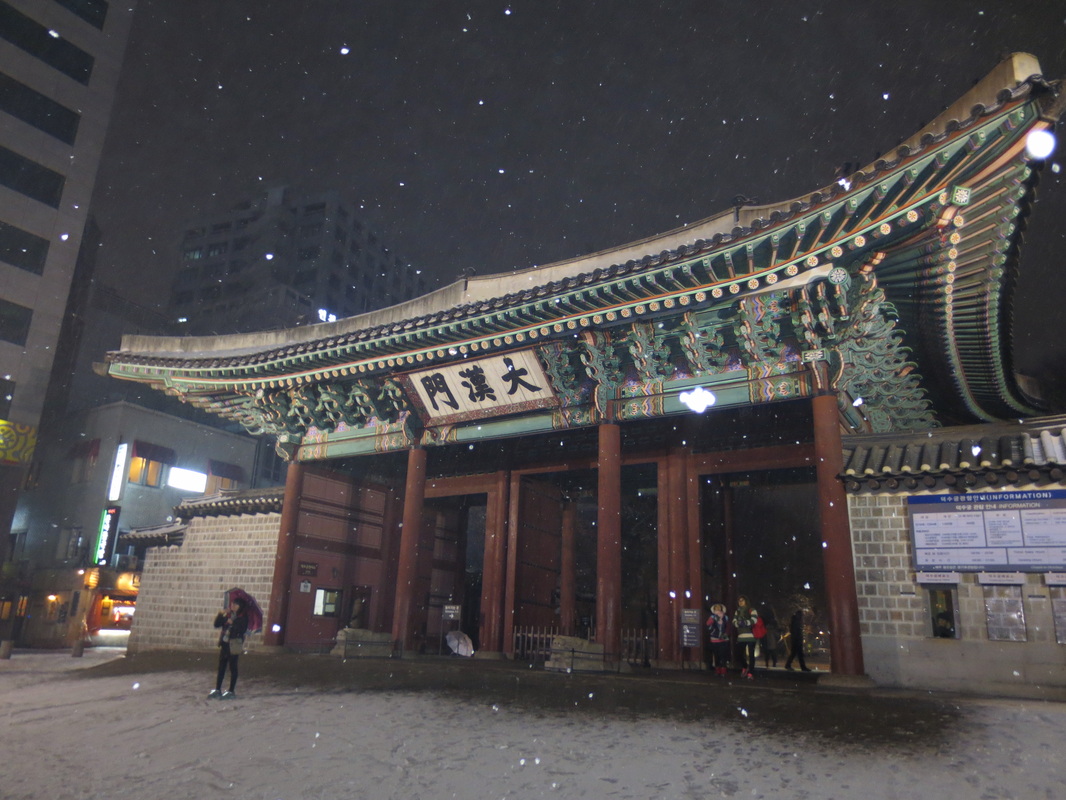 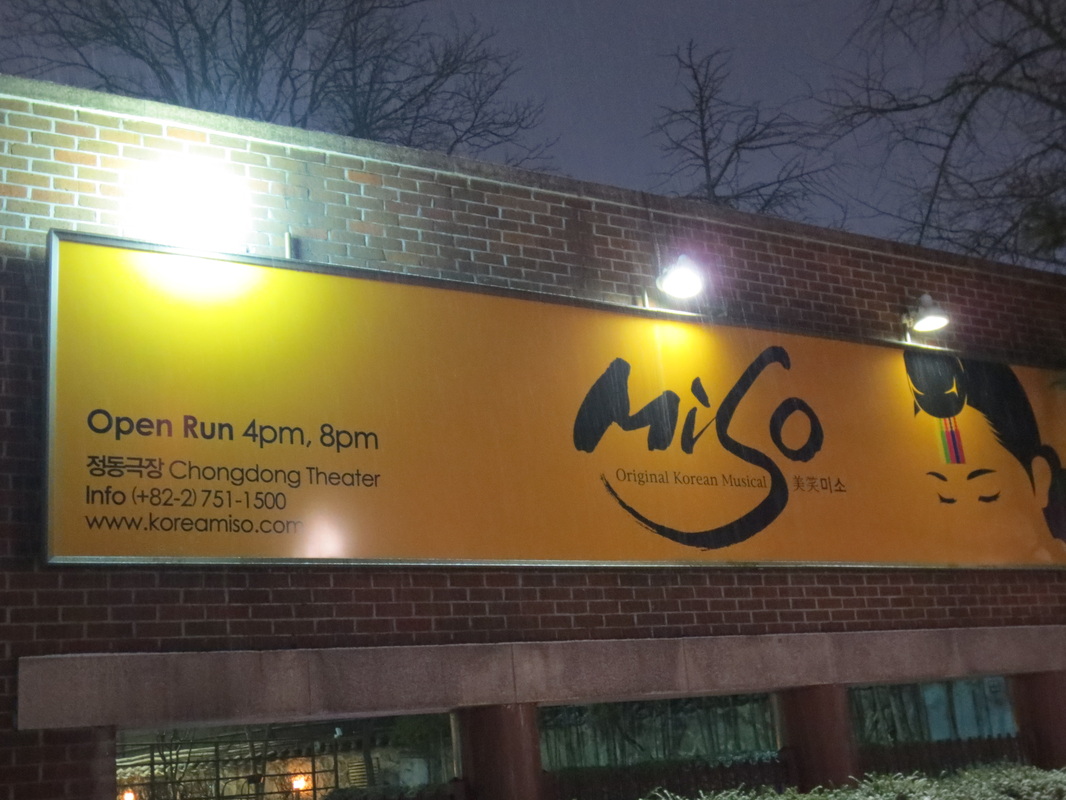 How it works...you make a reservation on THIS WEBSITE.
You do not get seat assignments until you arrive at the theater and pay for your tickets.  The box office opens 1 hour prior to the show. There are 2 shows a day 5 & 8PM, ever day EXCEPT Monday.

Hubby and got to the theater early, paid for our tickets and headed out for a little grub.  We stopped at the first place we found a little Korean hole in the wall. (We continued walking straight past the theater and it was the first restaurant on the right.)  The food was YUMMY!    We got some kind of spicy boiled chicken.  (You will see the menu on the next "not quite right" post.)  This entire pot was 23,000 won and it was more than we could eat.  If we had not been going to a show we would have ask for a to go box. 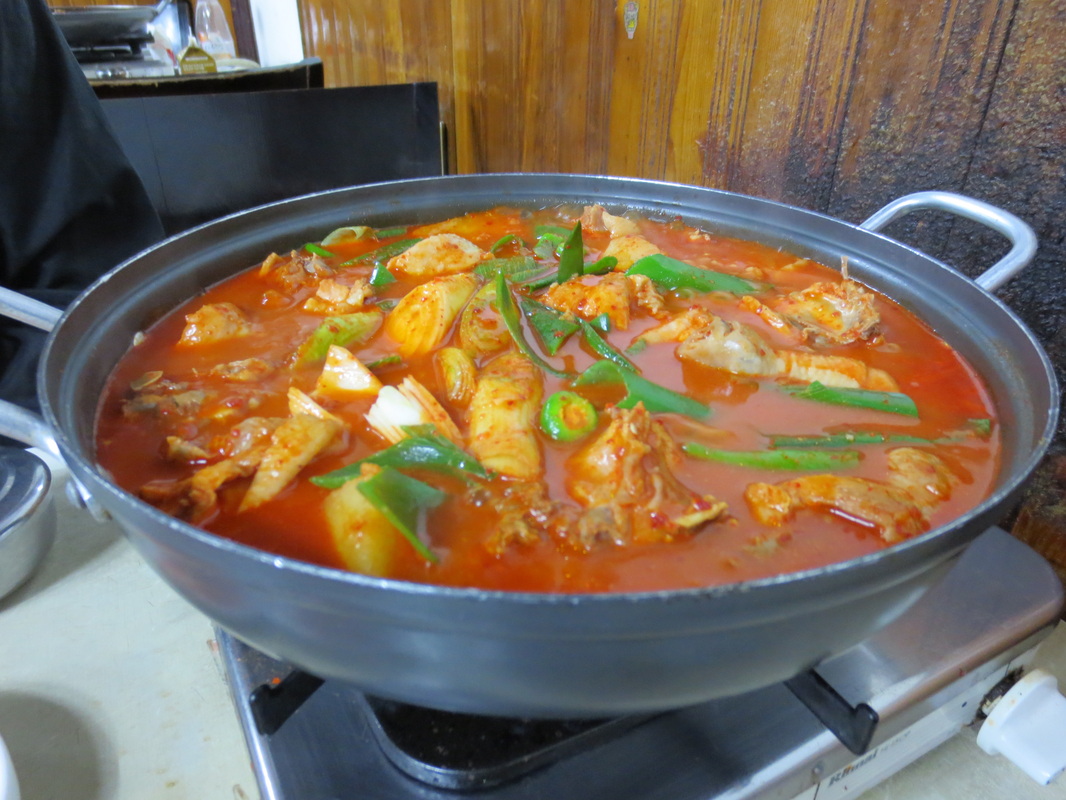 Make sure you notice how nasty the wall is beside our pot of food....I'm afraid they are going to have a fire in here soon.
After dinner we met up with our great friends to get our Korean culture on at the Chongdong palace!
Miso is a love story set up in the Joseon Dynasty  - girl loves boy, another boy loves girl, girl goes to jail and is beaten because she loves the wrong boy - love prevails in the end!  The costumes are traditional, colorful and beautiful! The choreography was fantastic, the lighting great, the orchestra was spot on. There was laughter, crying and everything in between! There was Korean traditional dancing & opera style singing!  Just fun, fun, fun! Overall I think we all had a great time at Miso and would recommend it to anyone above the age of 12. 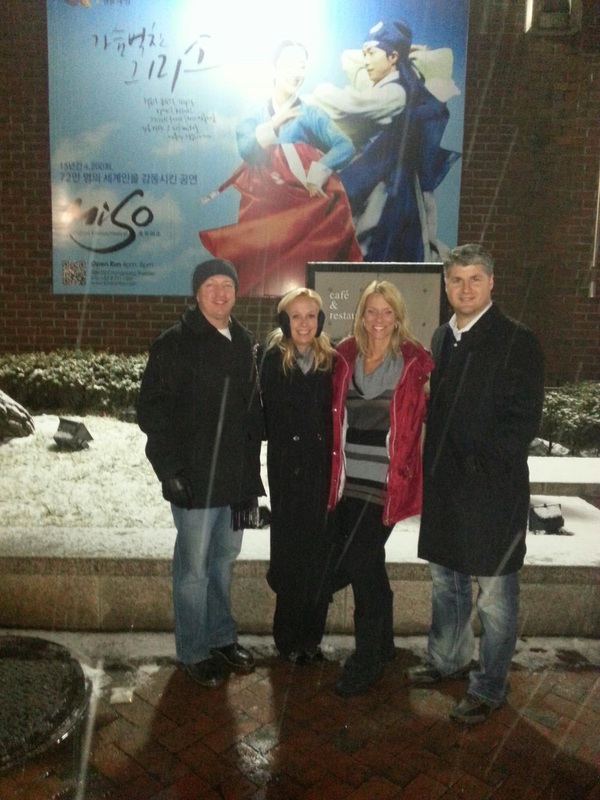 After the show it was snowing EVEN MORE!  Here we are in front of the ice skating rink at City Hall. We considered skating, but the line was FOREVER long - we decided in the end that we will go during the day and take the kids... 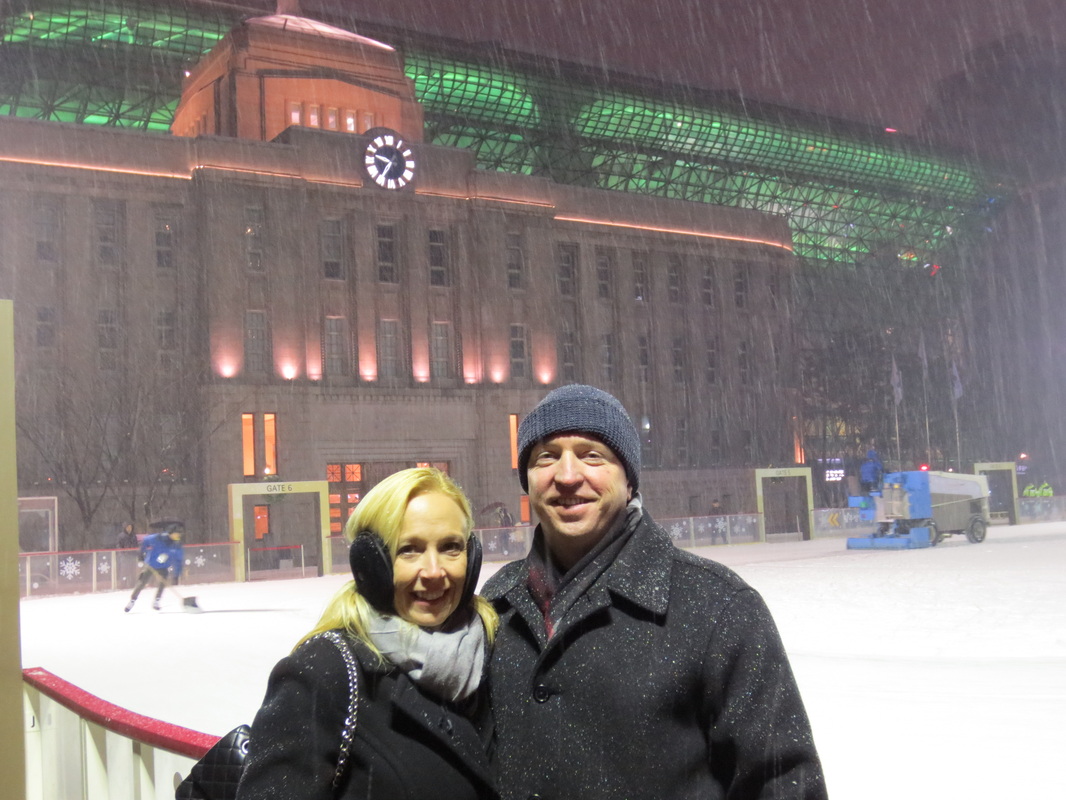 As always, you inspire me to see and do. Thanks Trish!