December 30th, 2013
Bohol Adventure to Balicasag Island, Virgin Island and the rain storm that had someone all freaked out.
Hubby and I started our morning off with a walk.....
We were trying to find a beach to take t he kids to.
This one was perfect for Hubby and I, but the kids would like a little more.
There was NOTHING here - which could be perfect for some, but not for others.
If we lived here and we were prepared with all our 'beachy' stuff this place would be perfect.
But when we realized there was NO PLACE TO FEED them we thought they might go off the deep end, so Hubby and I soaked it up and savored this moment for ourselves. 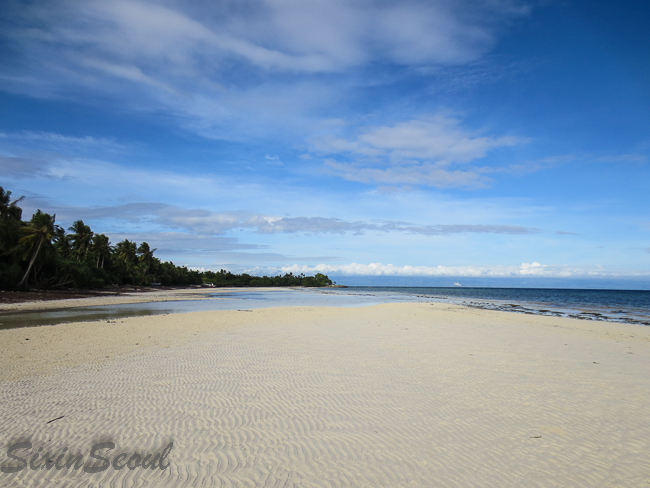 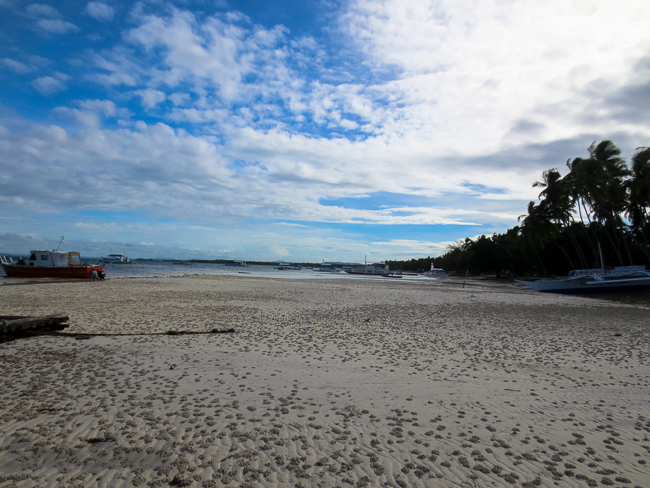 After spending a little time on Duero Beach (I think that is what it is called.)
We hoped in a tricycle & headed back to our hotel.

We then chartered a boat to Balicasag Island which left from the tiny little beach (muddy) area at the back of our hotel. 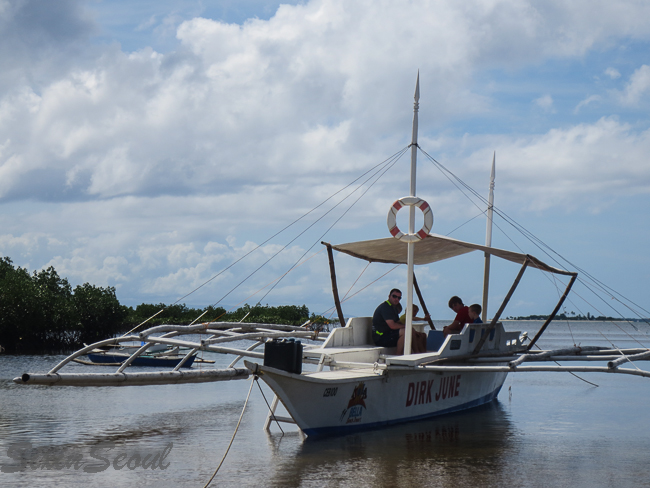 By about Day 5 our kids are pretty much done with going (you might be surprised to find out that we have a couple of real home bodies) and the complaints were flying that we had to go on another adventure. 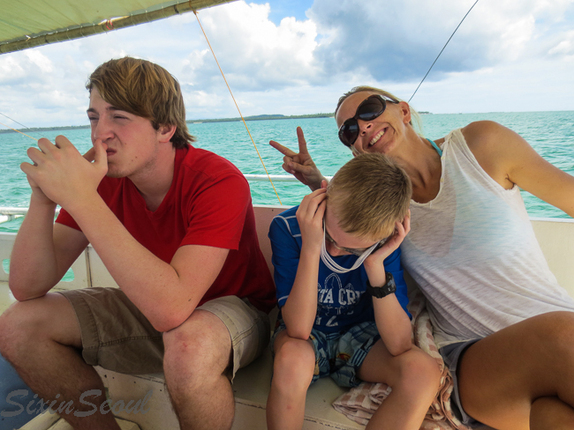 Girl on the other hand is always raring to go! 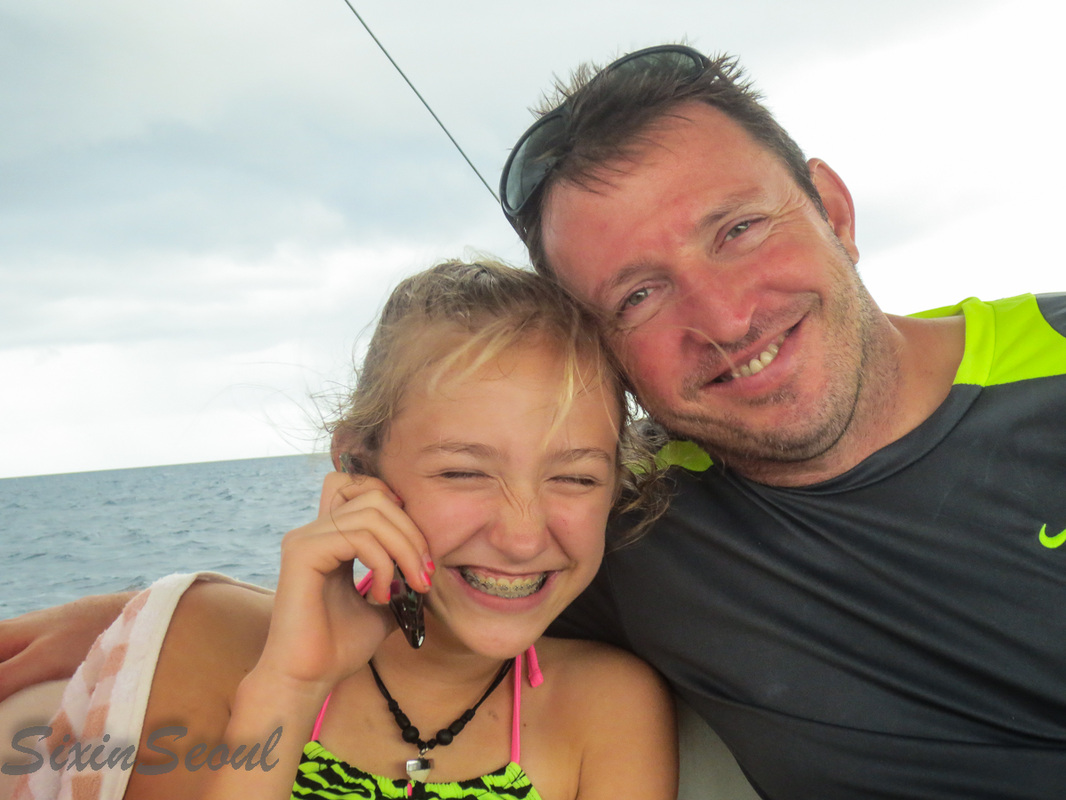 We passed Virgin Island on our way to Balicasag Island. 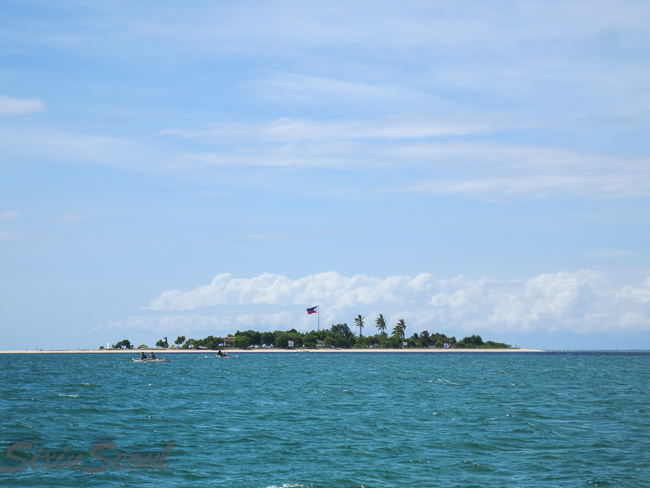 Upon arriving to Balicasag Island it was NOTHING like the pictures would lead you to believe....
It was shack, after shack after shack of people trying to sell you things. 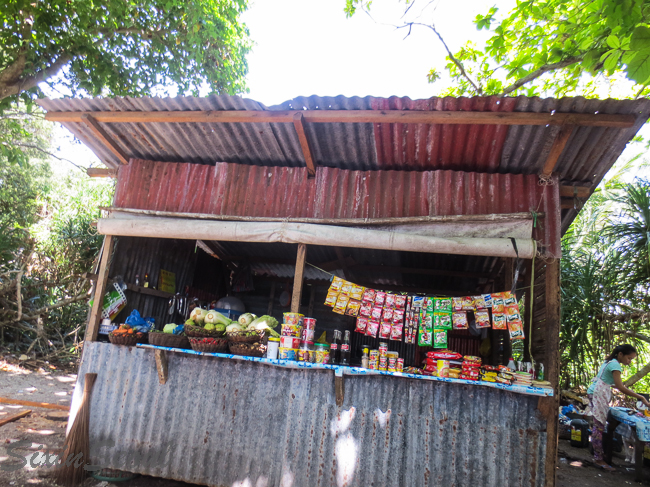 We were BOMBARDED by the locals and by this point in our trip we were done with it.  We wanted to sit on a beach, snorkel and just hang out.  They were trying to sell us everything from lunch (I learn that lesson in Cambodia!) to snorkel & dive trips, to taking us to other islands.  It was madding and with children on the brink of melting down we had to GET OUT.  We knew there was a 'cleaner' area on the island so we took off on our own little tour. 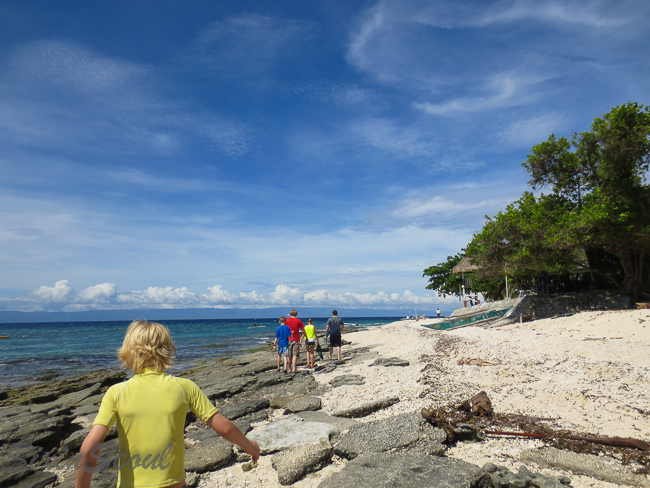 And we were so thankful we did.  When we got to the other side of the island there was a resort where we could sit in beach chairs, snorkel from the shore to our hearts content -- ON OUR OWN, have cocktails and just relax.  And that is what we did. 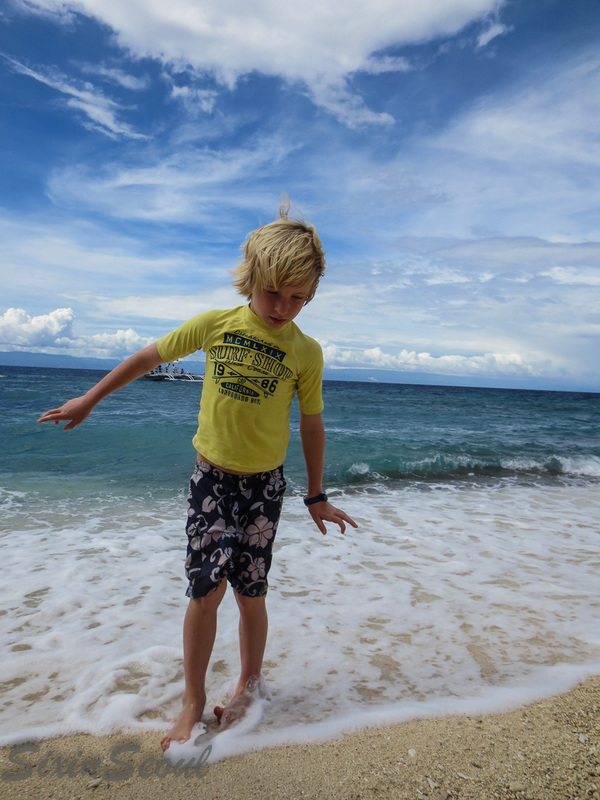 Another Christmas tree.
This made my heart happy. 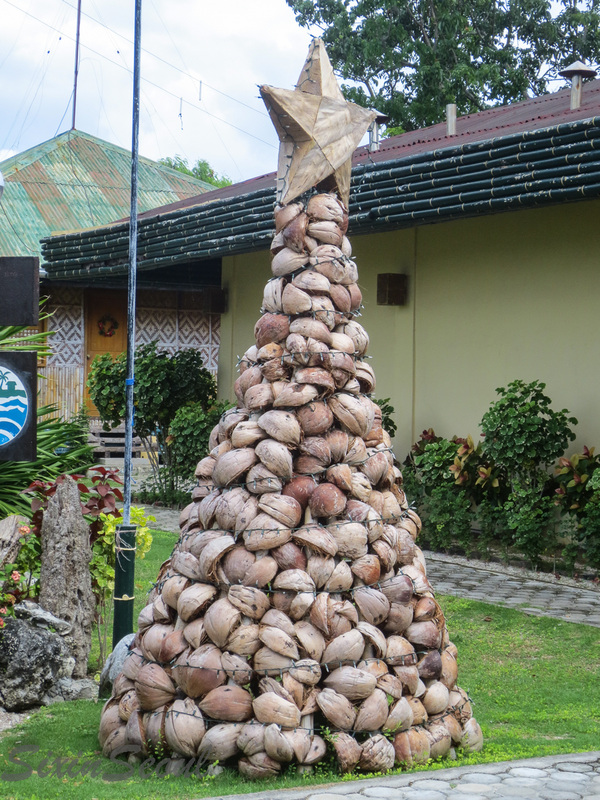 This is the life.
Cocktail in hand, lounging on a chair while Hubby snorkels and the kids have crab races under a tree.
(Boy 1 was lounging on a chair beside me.)
I joined Hubby for snorkeling around the reef, it was amazing!
On the 'other side of the island' they will tell you that you need to hire a boat to swim around the reef, but we had no problem doing it on our own from the resort side.  If you were to hire a boat to come to this island, ask them to drop you off at the resort side. 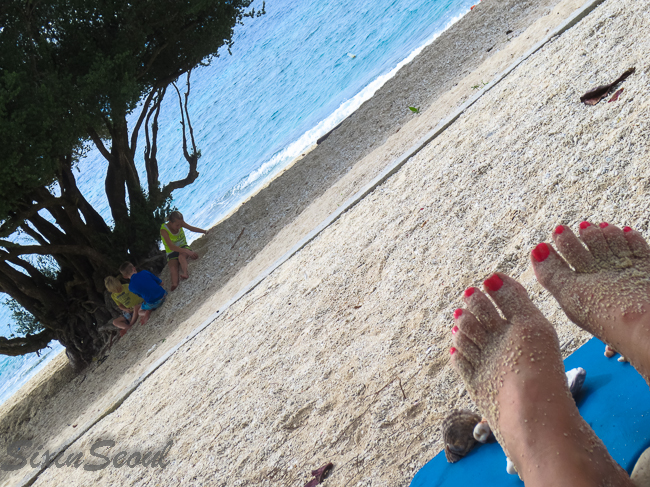 After spending a leisurely afternoon we did end hired a boat to take us out past the reef in hopes that the kids would feel more comfortable and jump in the water.  After feeding the fish for a little while most of them couldn't resist and they jumped in and swam around. 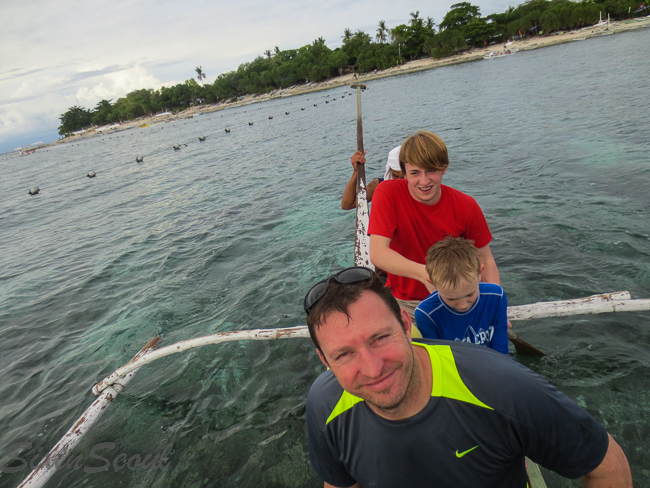 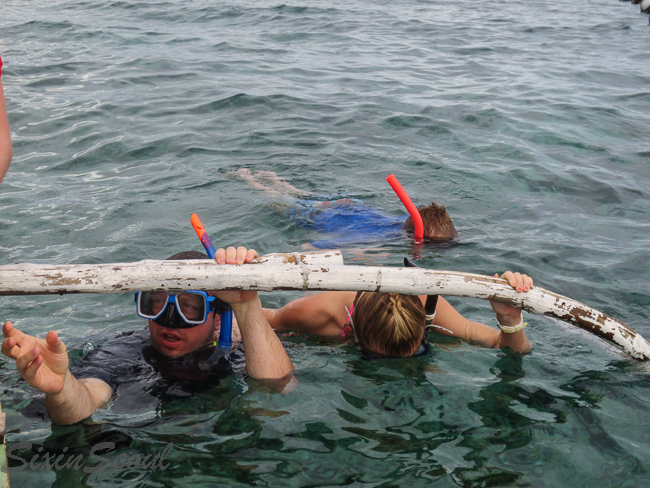 These two said they were fine feeding the fish from the boat. 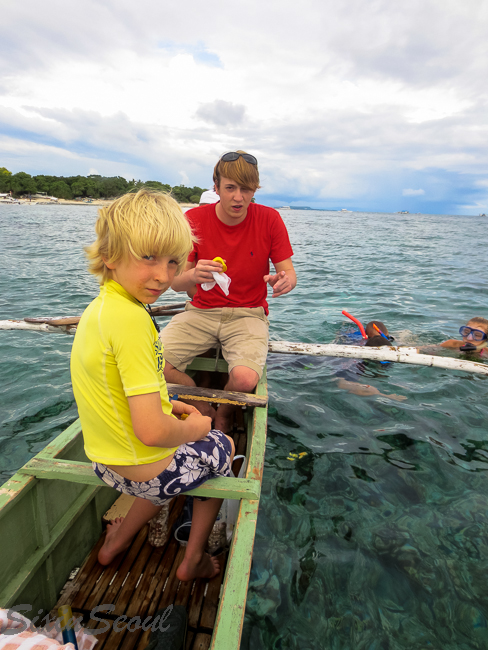 Back on the boat to head to Virgin Island. 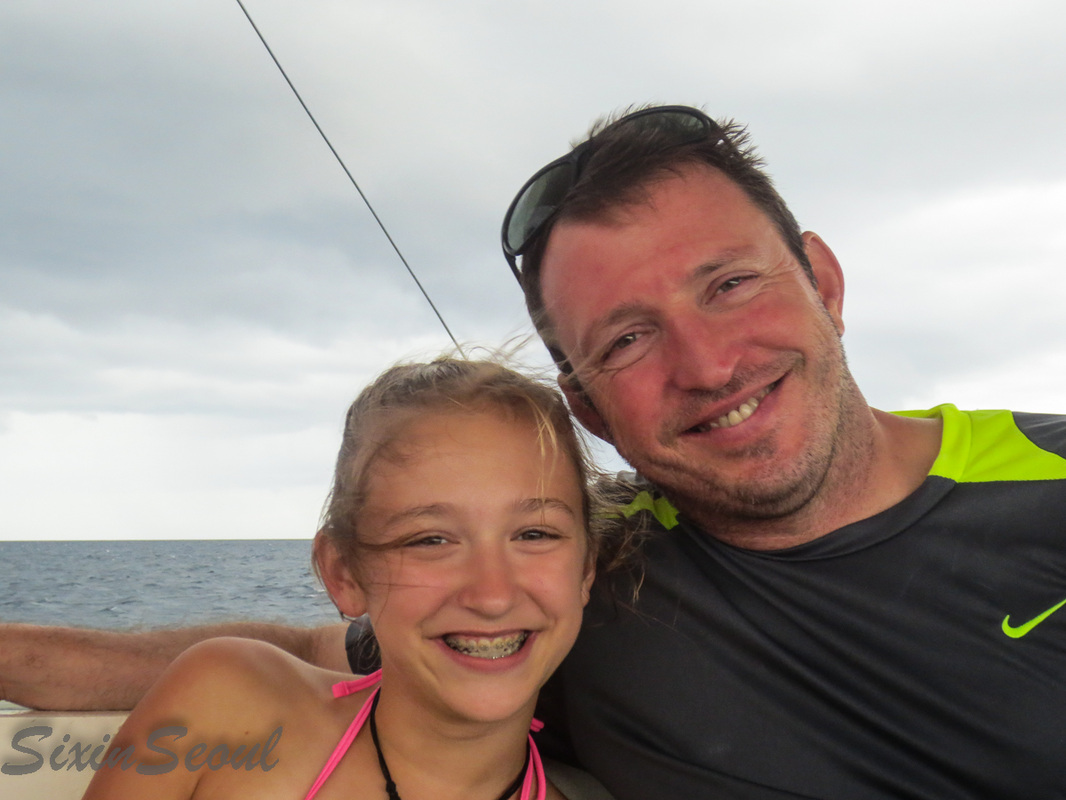 Traveling back to Virgin Island it started to rain.
Then it started to pour.
Someone, I'm not mentioning any names had a freak out and was insisting we turn around and go back.  We were in the middle of nowhere and could see no land around us. 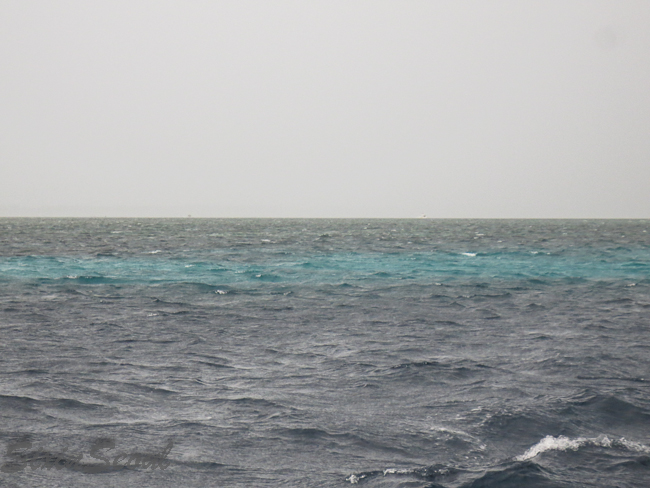 And I will admit it was a little freaky being out in such a rain storm.
We all wrapped up in towels at first. 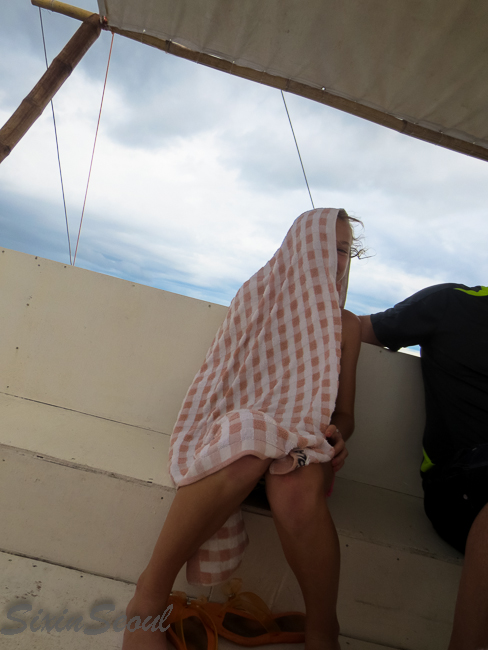 And then we grabbed the life jackets to shield the rain from us.
When I was finally able to pull the camera out again this is how dark it was: 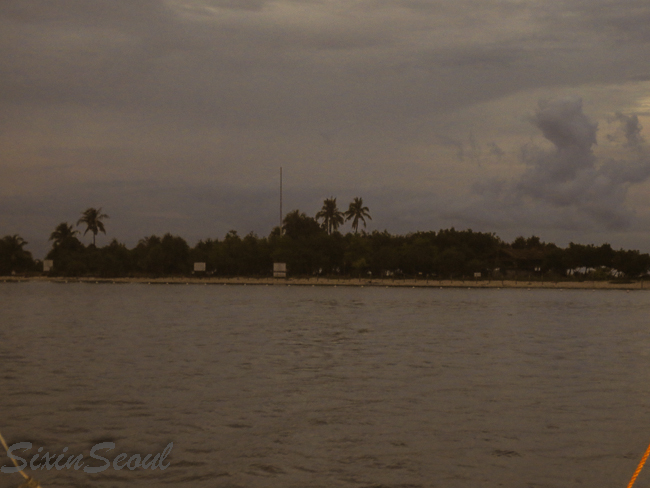 And after the longest 20 minutes ever on a boat the rain stopped and the skies started opening up. 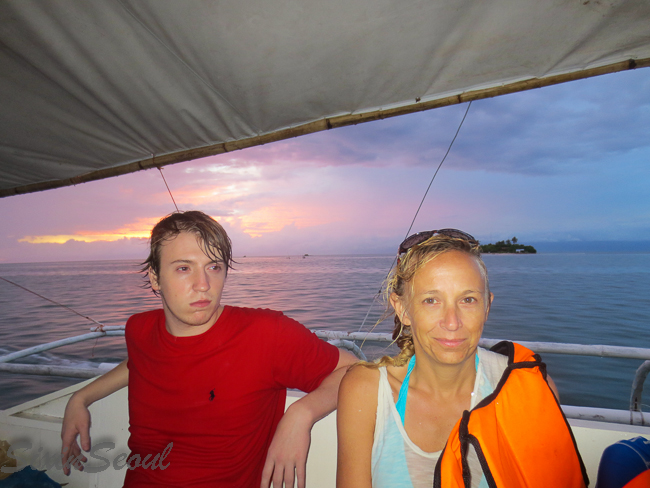 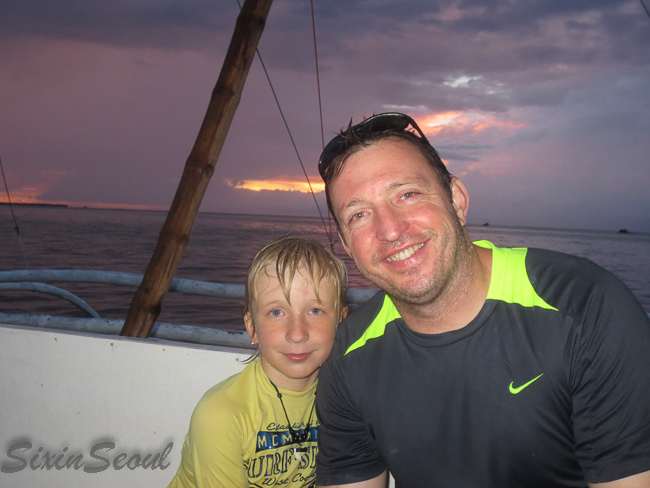 We all (except for Hubby) wanted to just go home, but out boat driver insisted that we get out and get in the water to warm up.  When we did the water felt like a hot tub!!

This is the only picture we took of Virgin Island, but it was beautiful. We had more crab races, just hung out and explored the entire island.....as we were the only tourist there! 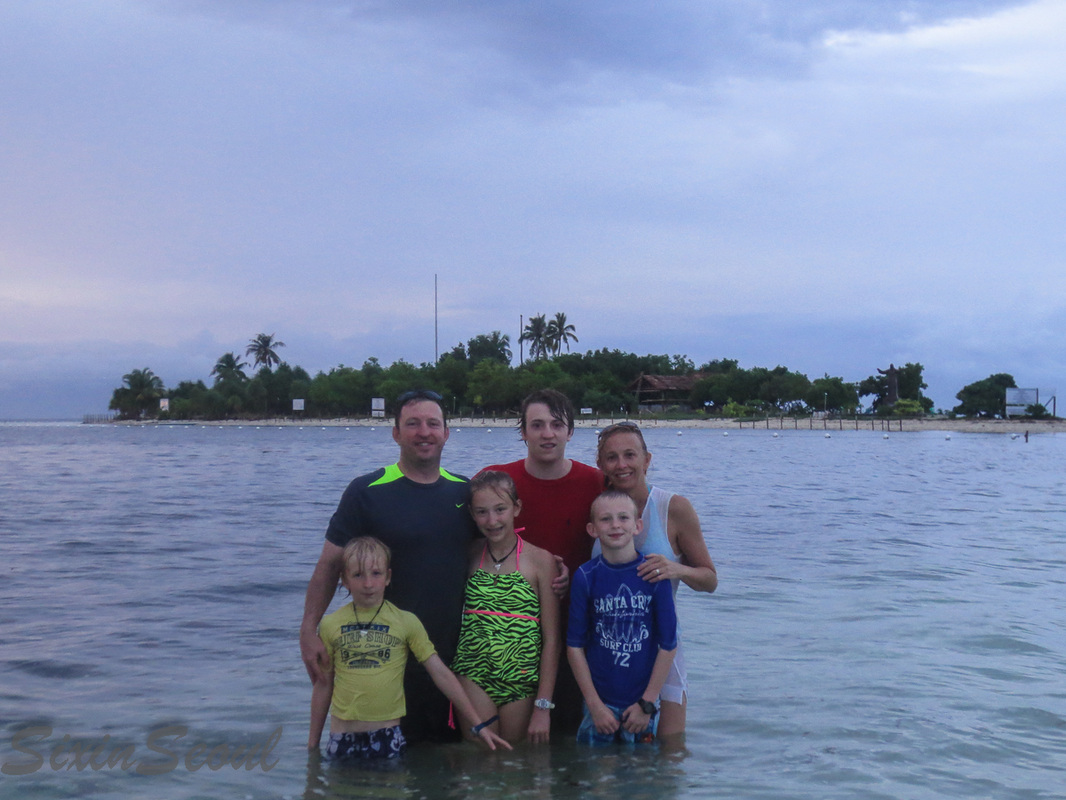 Very nice! I would be scared, rain and no land in sight!

Those pictures are killer. That sunset...
I'm really wanting to go on vacation right now!