A few weeks ago when Hubby and I took the kids to the beach I KNEW this was something I HAD to share with others.   We had such a fabulous time (at the beach...not the pension!) and it is so close I couldn't believe we had never been there before. So in true Trish form I put out a FB alert announcing I was heading to the beach with my kids and if anyone wanted to follow us we would love to have company.   We ended up with a 5 car caravan, 6 moms, 18 kids.

I was pretty confident that I could make it to the beach - I drove when we went as a family so I wasn't able to write down "Trish style directions' and it wasn't till the morning of that I had a little bit of anxiety set in.  I AM LEADING A CARAVAN OF 5 CARS.  For any of you that have ever traveled with me, you know I am not the BEST at directions.  I always get there, but sometimes I make a wrong turn and have to do a (cough) 'legal' u-turn.

The drive was going well.  I listened to the signs....
I did not fall off a cliff. 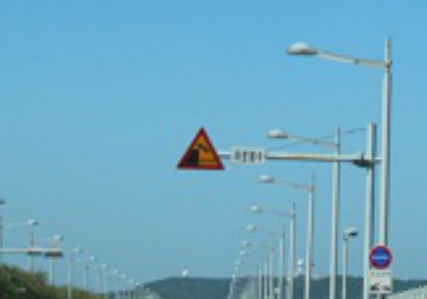 I obeyed the speed limit.  (At least when we went through 'police enforcement'.) 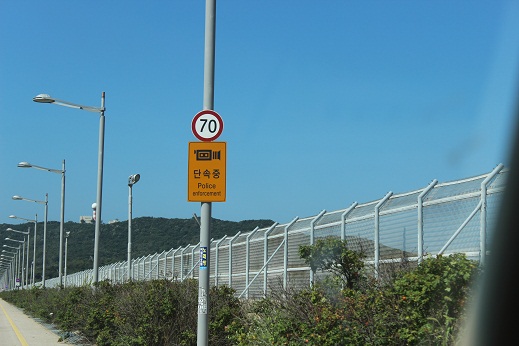 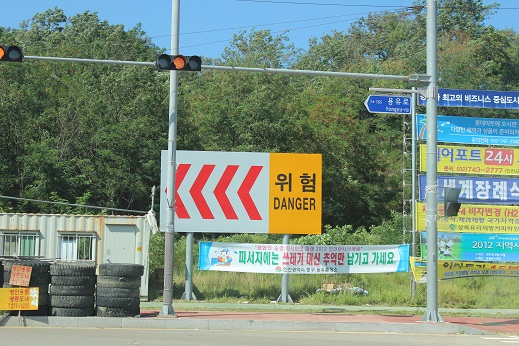 And I exited too early.
In the states most of the time that would not be a big deal, but in Korea, well taking the wrong exit take an extra 15-30 minutes (or more) of your time, and in our case another toll each way which resulted in each car paying an extra 6,000 won.  I FELT BAD.  REALLY BAD.

We finally made it to the beach, although I figured out we were not at Eurwangni Beach when another friend texted me asking where we were.  Oops...we were one beach over.  So in reality I have no idea which beach we went to.  I FELTED REALLY BAD AGAIN - I sent my friend to the wrong beach, or I rather I went to the wrong beach.  Either way, it was wrong.  (One thing that made me feel a *tiny* bit better was that my friends that drove on their own took the same WRONG exit as we did...)  We never did meet up with our friends that were at the real Eurwangni Beach. :(

Thank goodness for Mojito Man.  He saved the day. 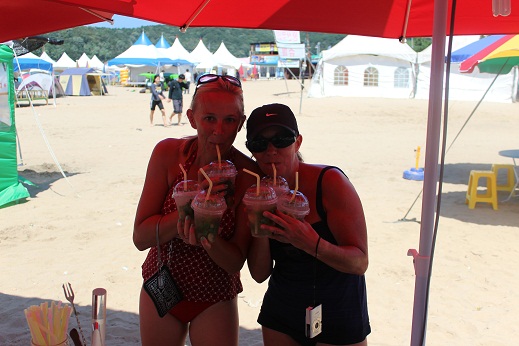 He made everything better for a brief moment in time.

All in all I think everyone had a great day, including the teens! 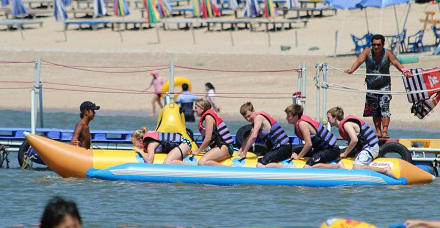 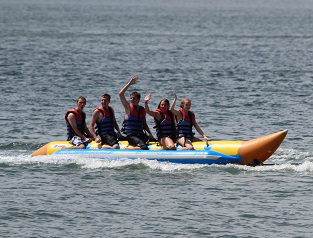 Having a great time..

The boat driver tossed them all in the water...you can see their little heads bobbing..
This takes the phrase O.I.N.K (Only IN Korea) to a whole new level. 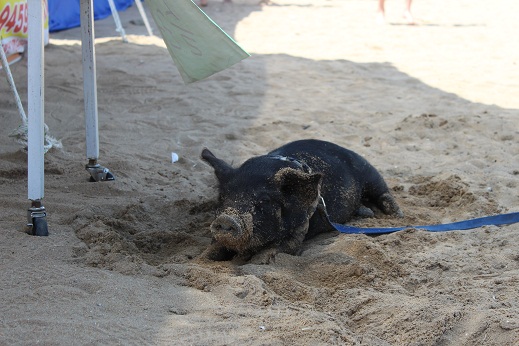 Pet pig on the beach.
For a moment I thought I was back in Texas - this tractor just put a boat in the water! :) 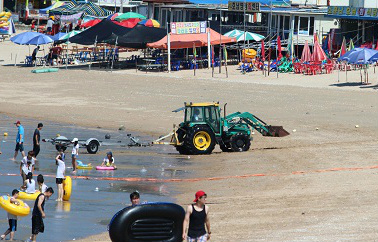 And then I looked around and realized there wasn't enough skin showing for this to be Texas!  :)
As a special bonus we got to watch the Korean Police Academy having an organizational day.  They were so fun to watch.  They would spin in circles for a minute and then someone would blow a whistle - the first guy that made it to the red flag was the winner. Winner of what, I am not sure. 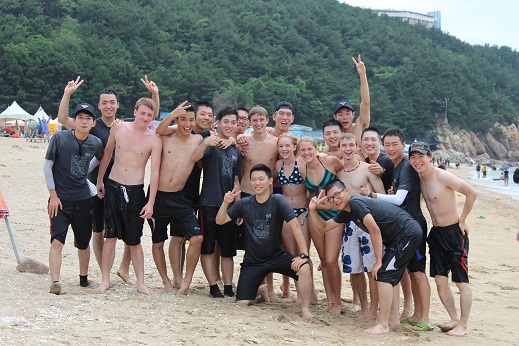 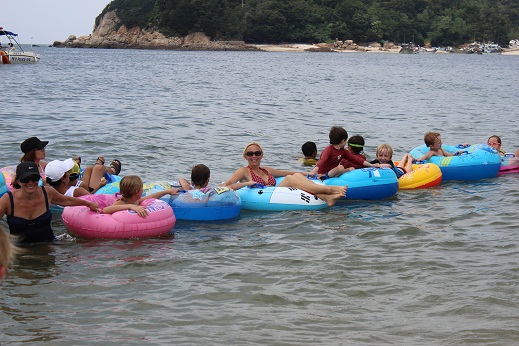 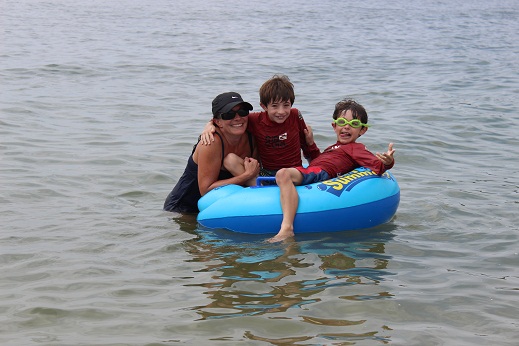 Friends I knew from when we were here before. 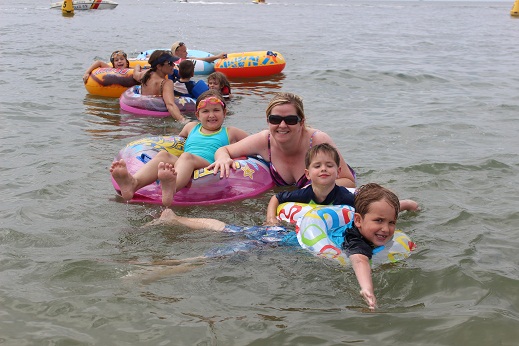 New friends I met though my blog. They now live in my neighborhood! 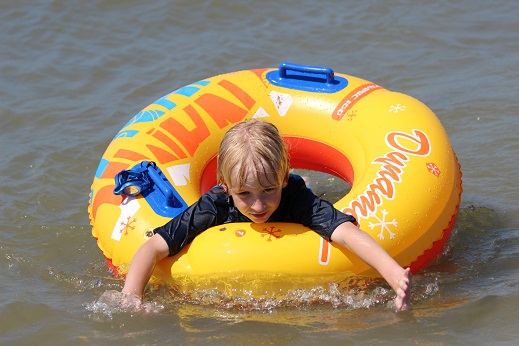 One of the loves of my life... 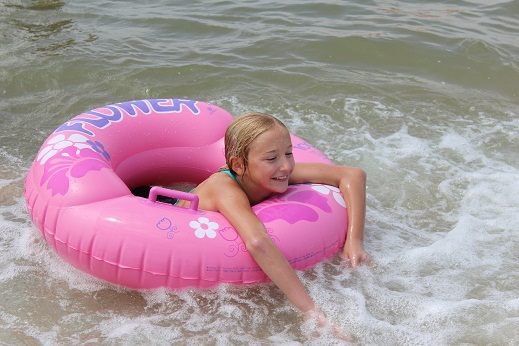 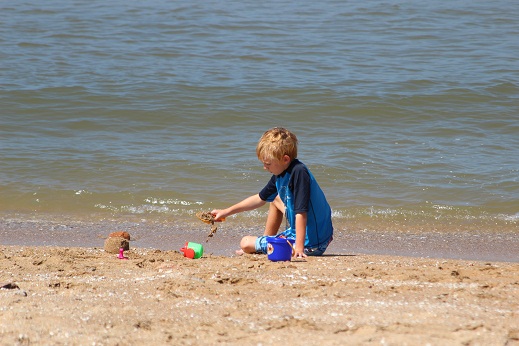 It was such a GREAT day and you did a fabulous job setting it all up :) We are thinking about going back as a family on Monday if the weather is nice...

Your such a fab friend. I think the detours in life are worth every penny. So happy to have net you and your gorgeous family.

I am really impressed from this post! The person who created this post is a generous and knows how to keep the readers connected. Thanks for sharing this with us, i found it informative and interesting. Looking forward for more updates.