This past week as I was looking at my Facebook account one of my Korean friends (that I met in Texas) was posting quite a bit, however I can never read her wall because it is all in Hangul.  It wasn't until she started posting pictures that I realized that she must be in Seoul!  I sent her a note to see if they had moved back.  They had not move back, however she is here visiting and having an art show in Insadong!  So Hubby, (most of) the kids and I headed to Insadong for our weekend adventure! 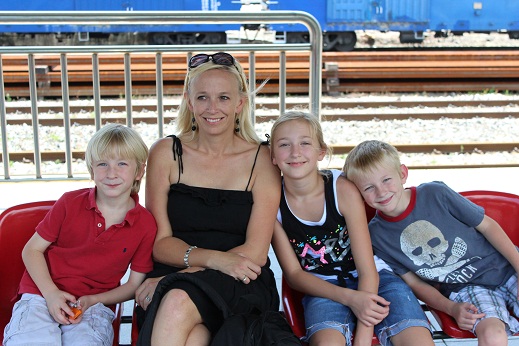 And so our journey begins. Waiting at the subway station.
While waiting for the train Hubby *tries* to get a cup of 'ice coffee'. Instead he gets a cup of burning hot coffee....doesn't that snowflake on the machine make you think the coffee would be cold?  Us too.
For any of you newbies afraid of using the subway here in Seoul, don't be - most things are in Hangul and then in English.

I just love this shot of my sweet boy in this alley near Insadong.  Gives you a great idea of what Korea looks like. 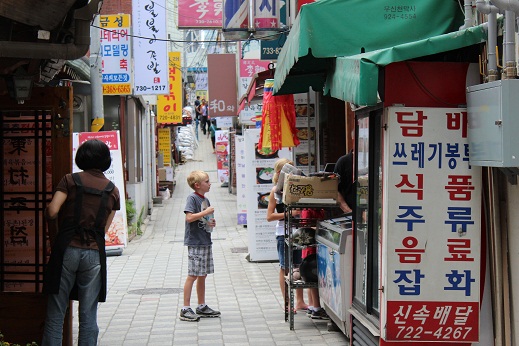 These are cookies!!  They tasted kind of like sugarless Captain Crunch cereal!
After a bit of searching we found where Hyunsuk's art show was being held!  You can see her name on the colorful sigh on the left side of the picture! 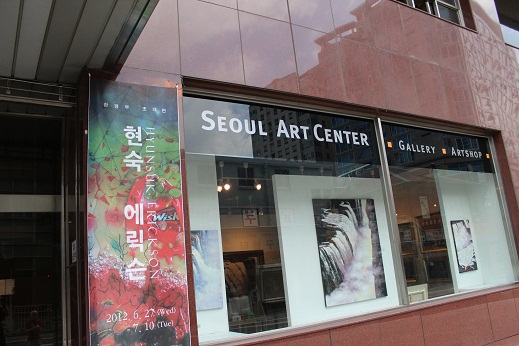 Us with Hyunsuk in front of one her pieces. 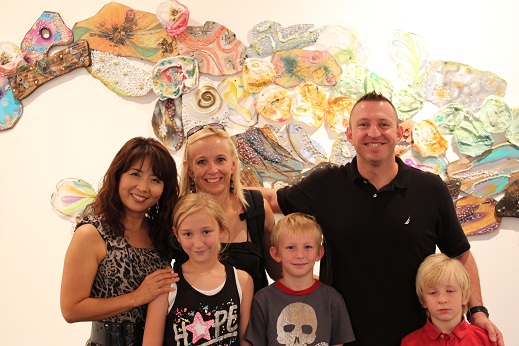 After lunch the kids wanted ice cream so we stopped at this street vendor.  He was very entertaining (but his ice cream - well - not so good, however the kids didn't seem to notice). 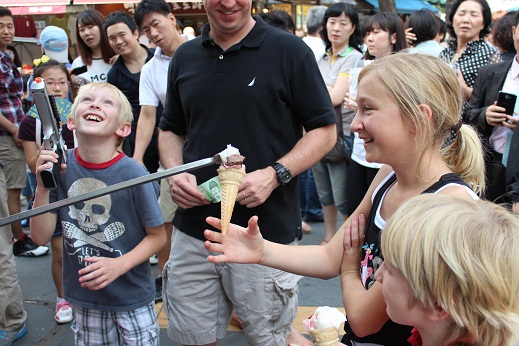 While we were getting ice cream a bird pooped on a lady standing next to us, and then another bird pooped on Hubby.  That is when the ice cream man gave Boy 2 a gun and told him to shoot the birds!  :o) 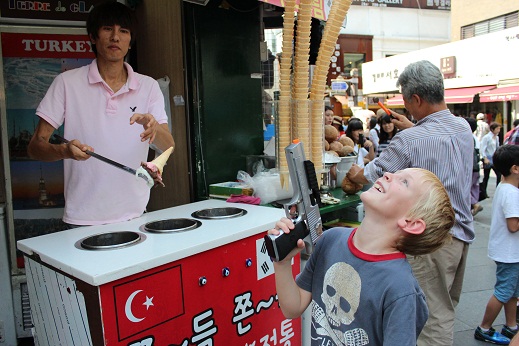 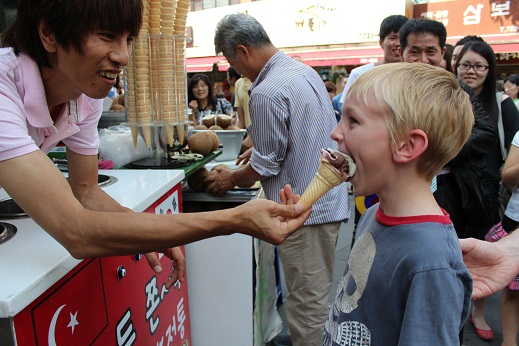 Insadong is filled with Koreans and foreigners from all over.  Insadong has tons of art galleries and shops. This is a place we take all guest that come to visit, as you can buy all your Korean souvenirs here and there are many entertaining street vendors.  Insadong host a ton of Tea houses, restaurants and pool halls. OH, and I saw a place for Doctor Fish here as well - SWEET!
As we were heading back to the subway we stopped in a Chicken & Beer place to have a beer..... 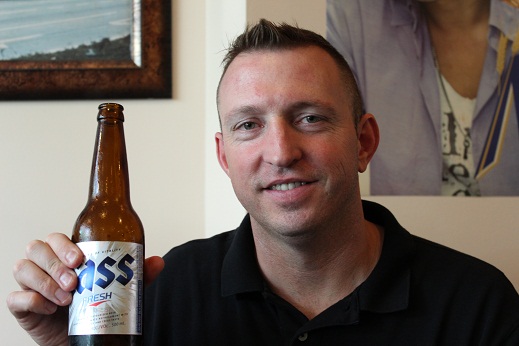 And snacks. Boy 2 said these taste like cheese-less Cheetos. 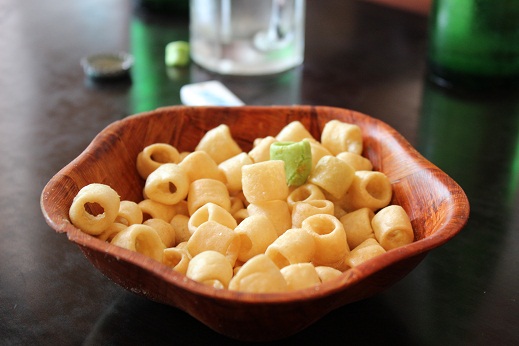 Hyunsuk was Andrews art teacher when we lived in Korea! :)

And snacks. Boy 2 said these taste like cheese-less Cheetos.

The question is... Trish, Can you make Cheetos that are cheese-less?

I am loving your new camera! Favorite pics were Boy 2 in alley (epic) and Girl at the restaurant w/lady cooking. Her face is priceless.

Love reading about your adventures in Korea; such wonderful memories! I knew Huyunsuk while in Korea- our boys were in the same Kindergarten class. :)

I love reading these and seeing the pictures. Bpu 2 holding the gun staring up at pooping birds was my favorite! Hahaaaa!

Shoot...Am I the only one who didn't know Hyunduk while living in Korea?

As a TV program, E chanel&ch.view '전설의 맞수', writer, we need an foreign guest who judge the taste of 곰탕 in 100-year-old famous restaurant.

Since you seem to have great interest in Korean food, I want you to be our special guest.

I look forward to getting any message from you.