Last weekend I went out and met my friend Yenjoo, a local Korean I met the last time I lived here.  Yenjoo and I had a great time catching up and roaming the streets of Seoul in search of the National Cemetery.  On our walk to the National Cemetery we walked past this plant - I've seen it serveral times and I LOVE this plant.  Does anyone know what it is and how to care for it?  I'm going to have to buy one someday soon. 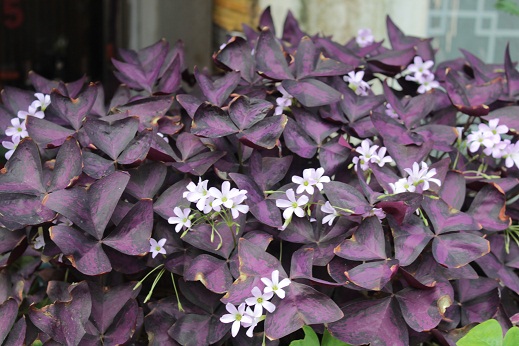 Yenjoo and I walked & talked for about 45 minutes before making it to the National Cemetery.  At one point we took a wrong turn and it took us through a neighborhood when I saw this on a back porch: 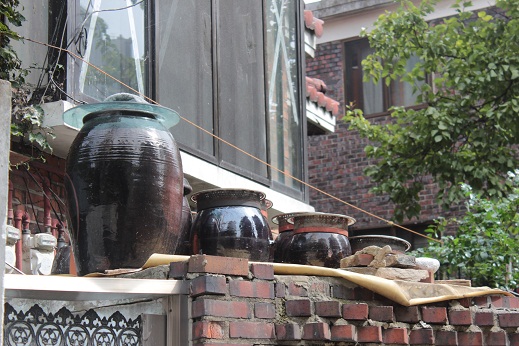 I ask Yenjoo about them and she told me that most likely they had bean past in them, not Kimchi.  She continued by saying most Koreans do not make Kimchi in pots like this anymore.  Today they make it and store it in their Kimchi refrigerator.  The best time for making Kimchi for the year is in November.  I really would like to be invited to a local Koreans home to make Kimchi (hint, hint....) this year.

If you decide you would like to go to the National Cemetery take the Subway to this exit.  From here it is a very short walk. 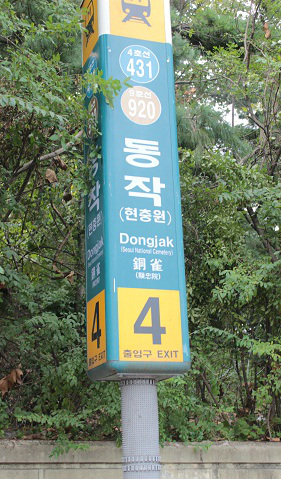 Seoul National Cemetery was established under the  presidential decree of Syngman Ree in 1956, at the time it was the country's only national cemetery.

Here is one of the soldiers guarding Memorial Tower. 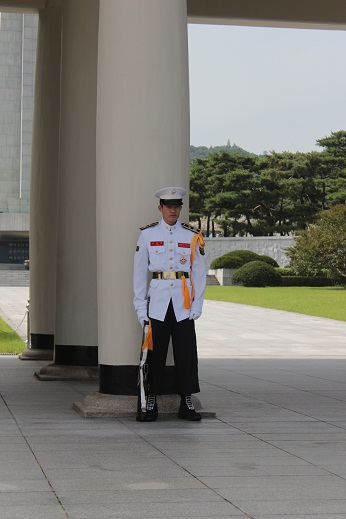 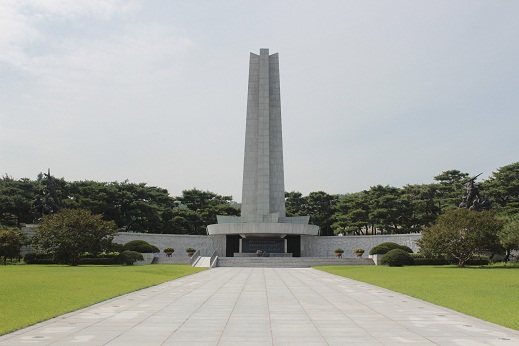 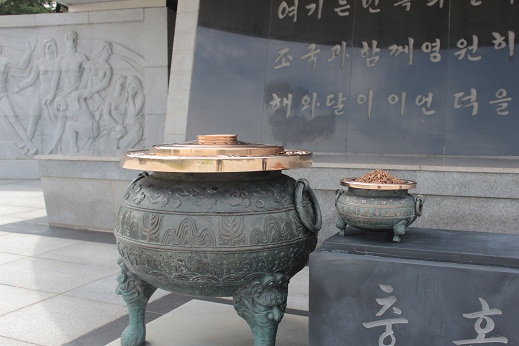 Memorial Tower holds the names of over 104,000 soldiers who died during the Korean War. Their names inscribed on the wall - their bodies were never found.  There are also the remains of over 7,000 unknown soldiers whose bodies were found.
Buried here are the remains of 165,000 martyrs and soldiers, police men, and reserve forces who sacrificed themselves for their country. 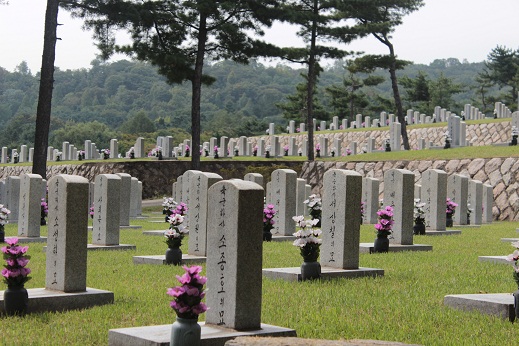 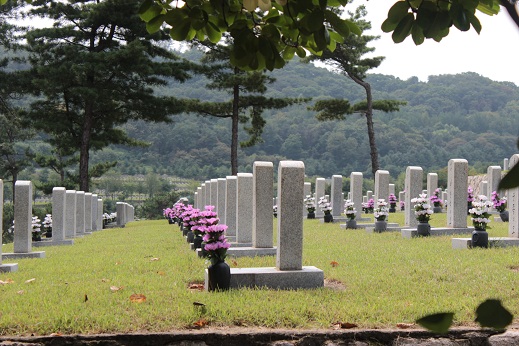 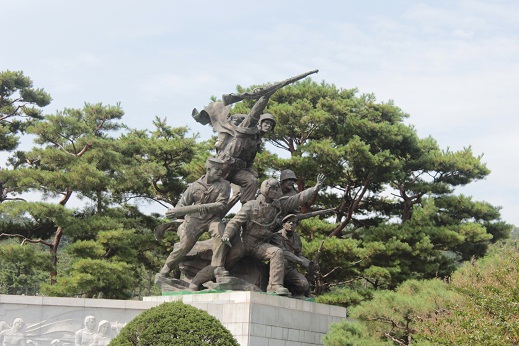 The reflecting pond.  I'm not sure that is really what it is called, but that is what it was for me. 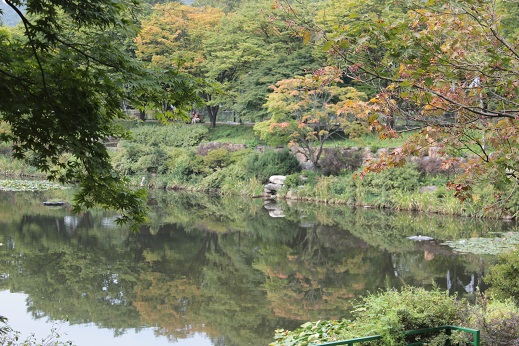 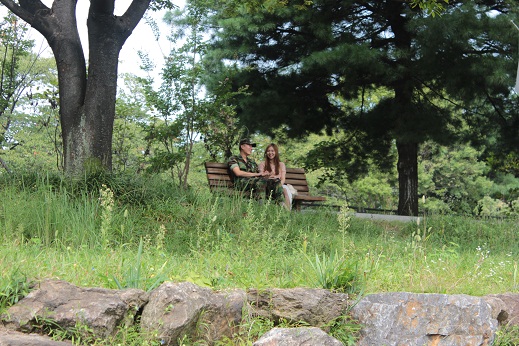 I have a thing for Lily Pads. 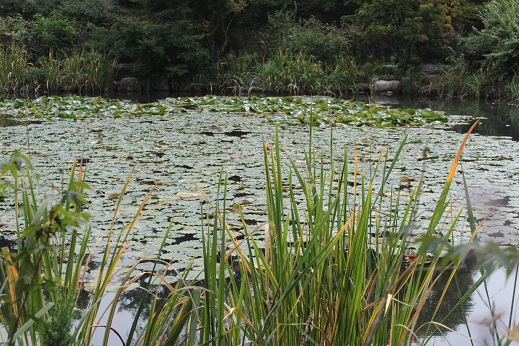 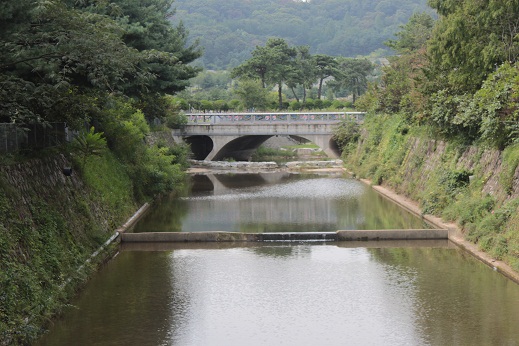 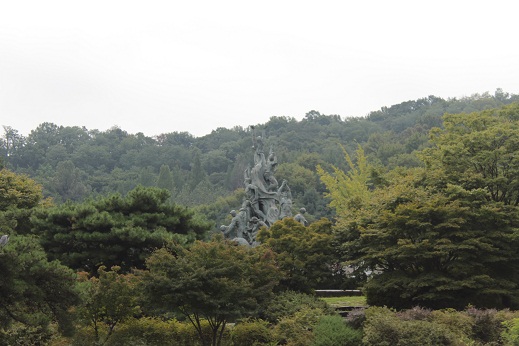 I had no idea this was the Korean National Flower until Yenjoo pointed it out to me. In Korean they call it: Mugunghwa (무궁화).  In English, it is the Rose of Sharon. 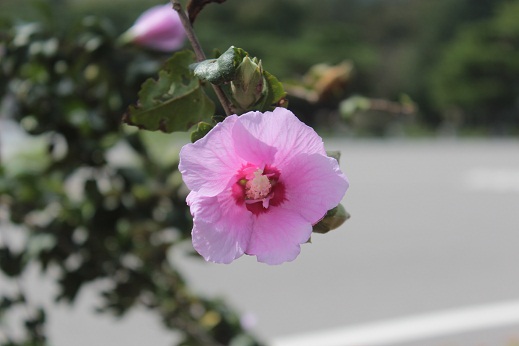 After a very somber afternoon at the cemetery Yenjoo and I went out for lunch in hopes to end our time together on a high note. 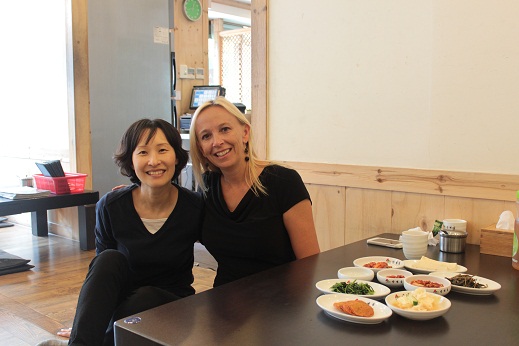 Yenjoo, knowing I am a little adventurous when it comes to Korean food ordered for me.  I'm not sure what this is called, but I can explain it to you.  Dried fish, rehydrated by marinating in some kind of medium spicy marinate and then deep fried.  It was interesting. I liked it, but most likely this will not be something I order on a regular basis. 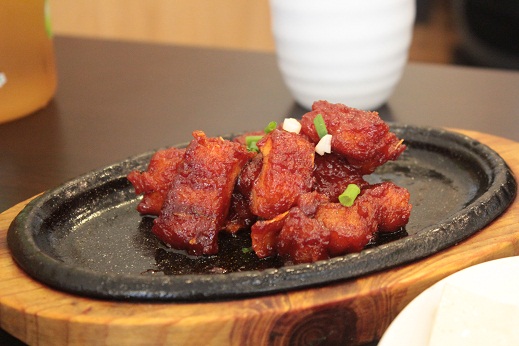 We ended our day together at a FANTASTIC little coffee shop. I LOVE having coffee in Korea!
Thanks for a great day out Yenjoo! 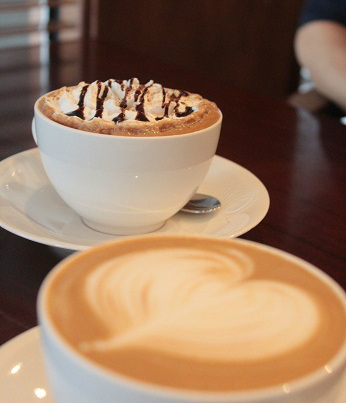 Beautiful!! Do you remember I have 4 rose of sharon bushes?

Do you remember the name of the coffee shop, I'd like to go there

I'm sorry, I have NO idea where that coffee shop is.