I drooled a little while typing the title - seriously - I should take  a picture of my shirt to show you, but I'm not going to because that is just gross.  Now I'm having some for breakfast - sweet potato soup, not drool.

I made this recipe because Boy 3 had his tonsils taken out last week and there was no way I was going to let him live on popsicles alone for 2 weeks like his ENT suggested - because if one is eating popsicles, all are eating popsicles and since I don't do those high fructose corn syrup sticks anymore and 'good' popsicles are hard to find and when you do find they are super expensive and one can only make so many popsicles at a time with the limited resources one has....well, you see I could go on and on.....

Just make the soup, it will TOTALLY be worth it with or without tonsils.
And it will take you less than 30 minutes start to finish.

Melt coconut oil in the 'big pot' and toss in onions, celery and garlic and sauté for about 5 minutes.
Add the chicken stock, raw diced sweet potatoes,  cinnamon and nutmeg and bring to a boil.  Boil for about 15 minutes or until sweet potatoes are nice and mushy.  (This is where I added my already cooked sweet potatoes.) 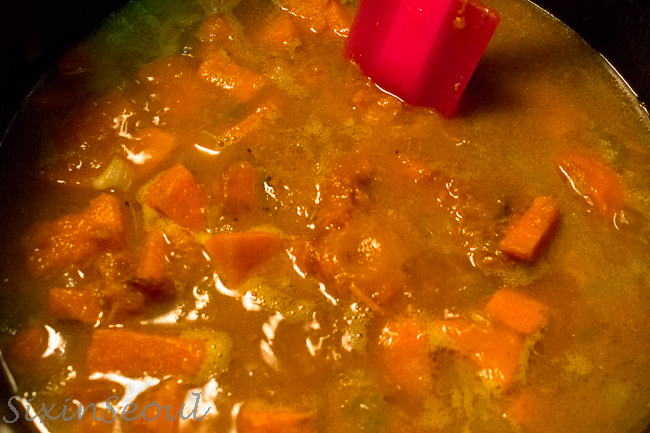 Put soup back on the stovetop on low heat -  add coconut milk and mix with pink spatula until nice and creamy. 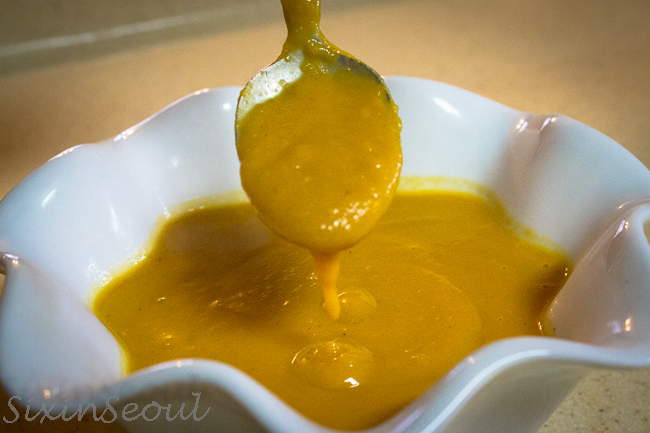 I'm so glad you and your family liked the soup! We just love it; it has become an autumn staple in our house. I'm also thrilled it helped your son post-tonsillectomy - I wish I'd thought of it when I had mine out in 2010! As it was, it helped me get through a nasty bout of pneumonia. Simply wonderful stuff!