While researching things to do I stumbled across information on Taejongdae Park.  I was excited to go as I read things like "Taejongdae is a natural park, dense evergreen trees & a lighthouse".  PLUS, it is #6 on trip advisor under things to do in Busan.  The parts I missed were you can ride around the entire park by train and as the park has a manmade street/path all the way around the park.   Although this hike was not what I was expecting we had a great time.

All the people riding this train looked at us like we were crazy to be walking since it is super cheap to ride the train.  :) 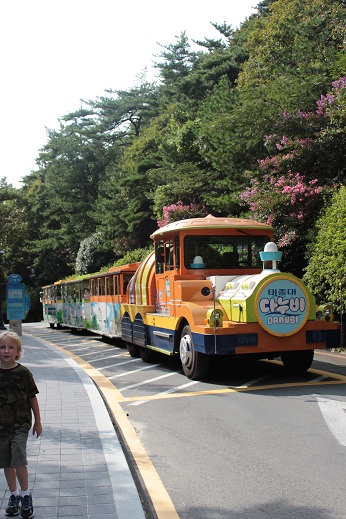 We found this totally cool spider muching on a few things he found in his web. 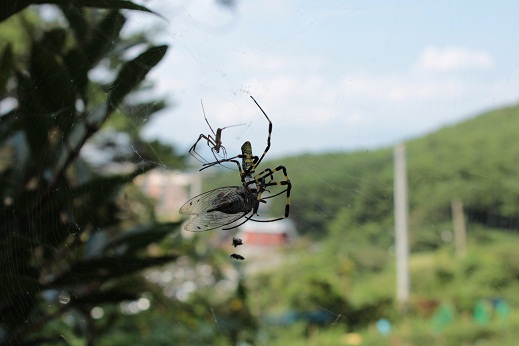 Taejongdae is known for its rocky beaches and magnificent cliffs facing the open sea on the southernmost tip of island of Yeongdo-gu.  We had a great time playing on the rocks and enjoying a little family time.... 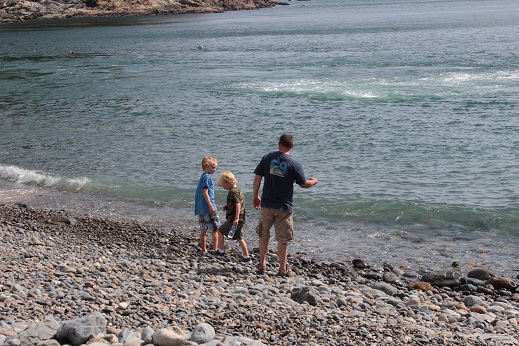 ....while the teenager viewed us from a distance while texting his girlfriend. 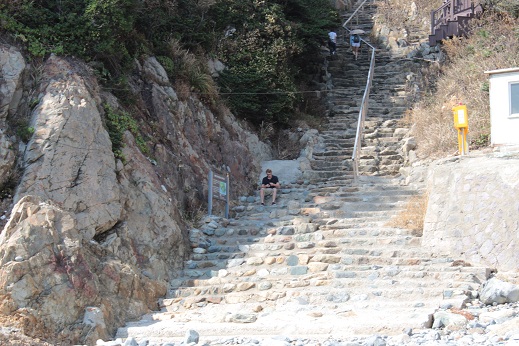 We went on a perfect day!  Not too hot, but still nice enough to enjoy! 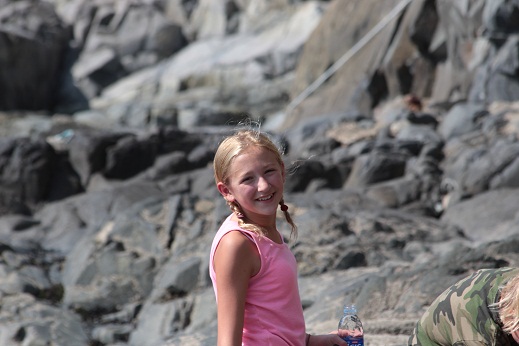 Hubby has recently started a salt water fish tank.  He has done tons of research and discovered it is best to add sea water, live rocks and anemones straight from the ocean to your tank.  He we are searching for goodies to add to the tank. 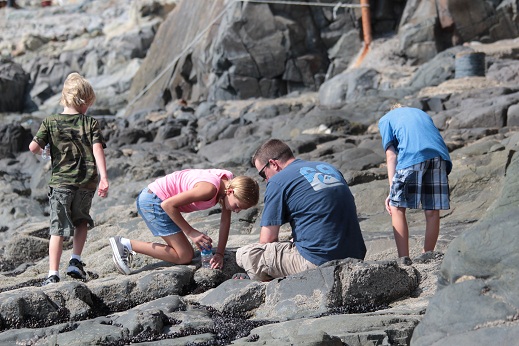 Here are some of our goodies that are now living in our fish tank.  :)
Just in case you were wondering - I have the best husband ever. 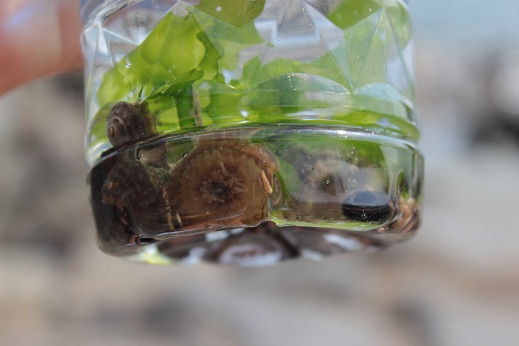 Finally Boy 1 happily joined us (after I threatened to take his phone away and to embarrass him beyond belief if he didn't join us).
He really dislikes his picture being taken, but I think he is just so stinkin' handsome I can't help snapping a few pics of him. 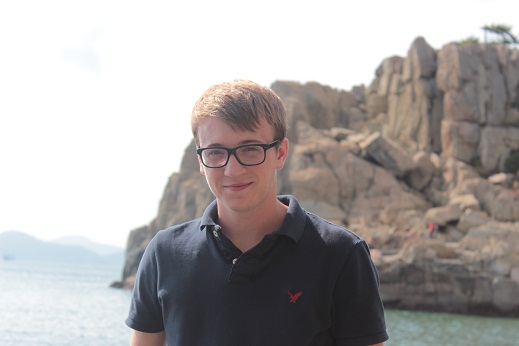 What is this strange looking thing in the middle of our 'nature' hike? 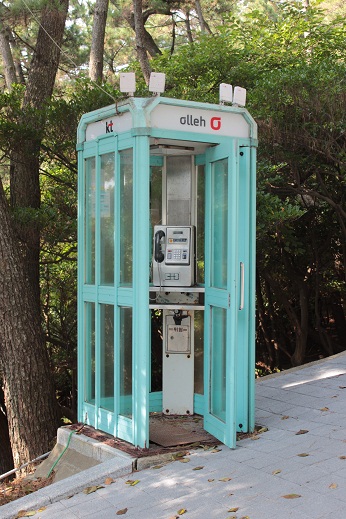 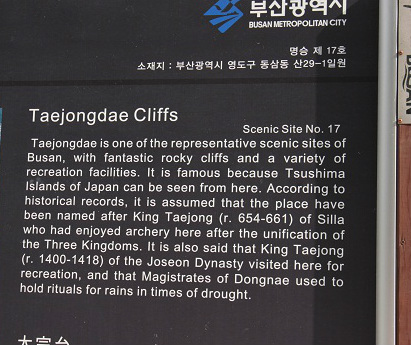 It was a pretty foggy day, but when we looked through the telescopes we could see Japan just beyond this little island. 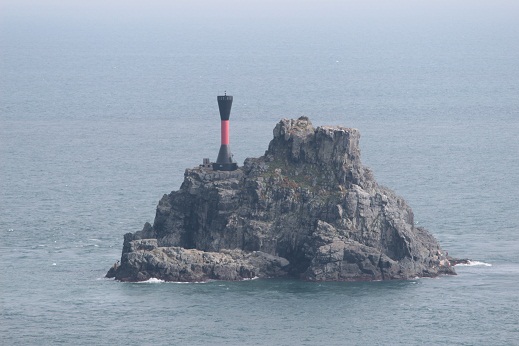 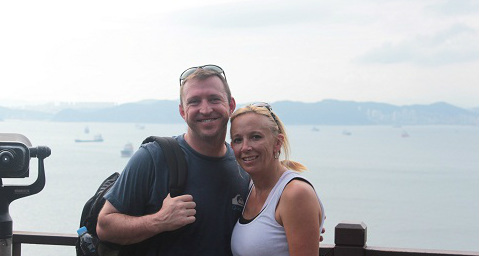 Cargo ships....I'm pretty sure my friend Michelle's stuff is on one of those. :) 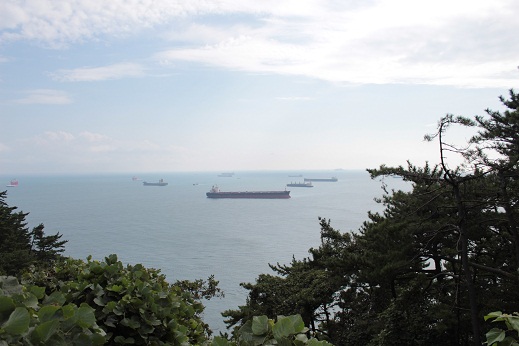 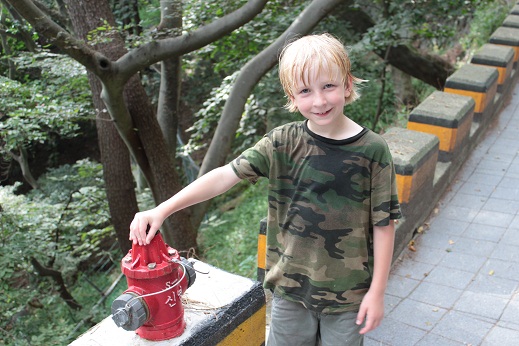 The Mother/Child statue &  me with my children. 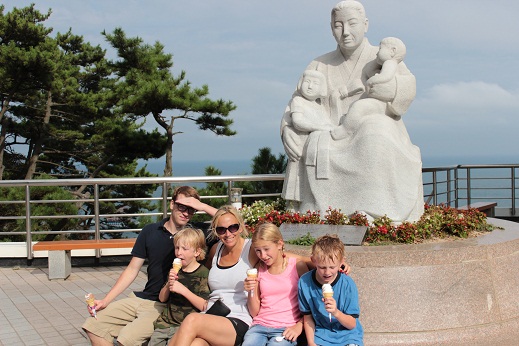 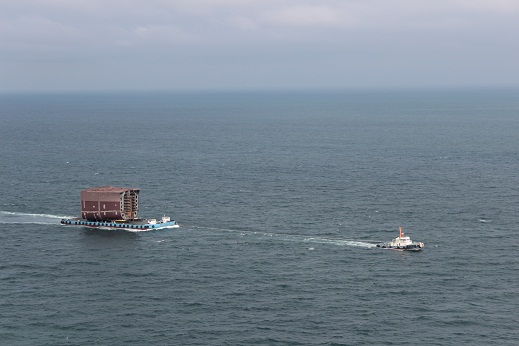 King TaeJong (whom this park is named after) traveled to many places but this was the place he enjoyed
shooting arrows and so they honor him here with this lovely arrow art thingie . 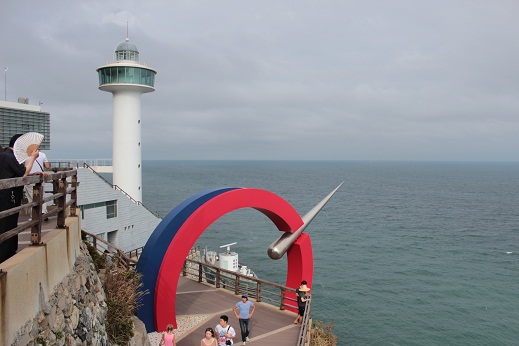 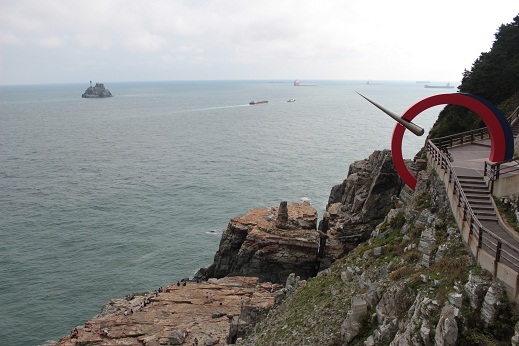 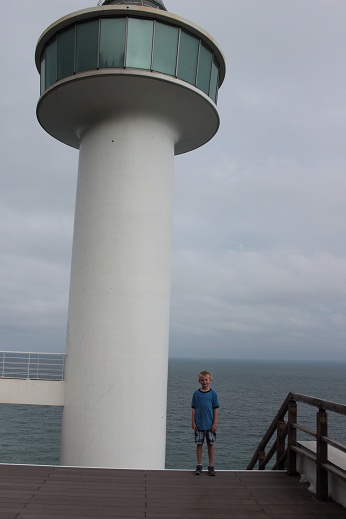