A few of the girls and I have started a 'lunch bunch' on Tuesdays.
One day a week where we get together with no kids, eat a (hopefully) delicious lunch and share all the things that are going on in our lives (the awesome, the good, the bad and the ugly).
There are a few rules and it seems I am breaking one of them right now....
"What happens in lunch bunch stays in lunch bunch".
I just can't help sharing.
It is who I am.

I had been dying to try Samgyetang even though I didn't really expect to like it.
Samgyetang translates to "'ginseng chicken soup".
Hubby was glad I took the 'Lunch Bunch' because he was afraid I was going to make him tag along. :o)

In Korean culture it is believed that this soup can prevent illness.
Samgyetang is traditionally eaten during the summer months to replace nutrients  lost through excessive sweating.

However you can eat it any time of the year as there are restaurants dedicated only to Samgyetang (like the one we went to) and since I really don't want to eat this hot dish during the heat of the summer so we tried it towards the end of winter. 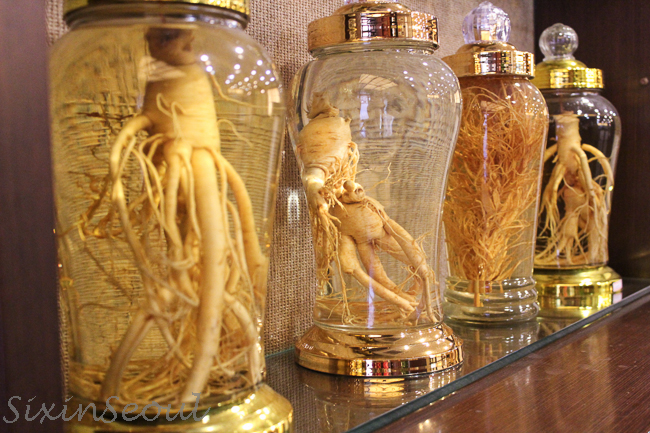 The lady that worked at the restaurant wanted to make sure I got a picture of the ginseng. I was glad she did because sometime workers can be put off by all my picture taking. :o) 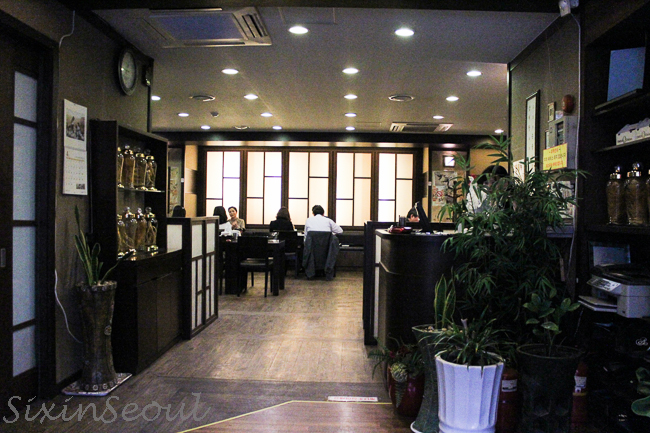 Nice restaurant for Korea!
My friend Julie is new to the peninsula, and was pretty impressed by the silverware in the drawer of the table (as we all are the first time we encounter it!).  Kris, AKA Vanna showing us the drawer.  Love these girls! 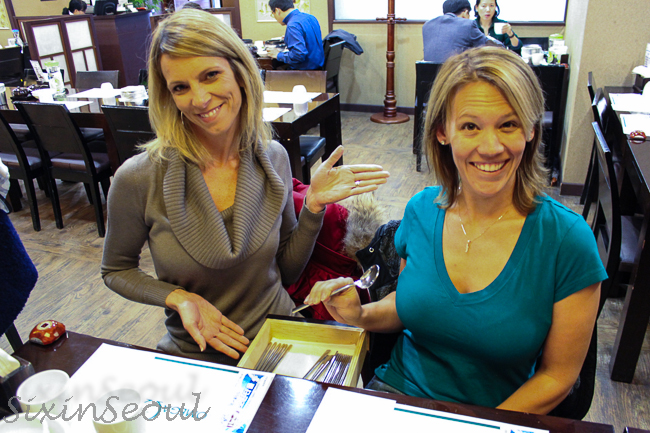 And here it is!
The star of the show...
Samgyetang! 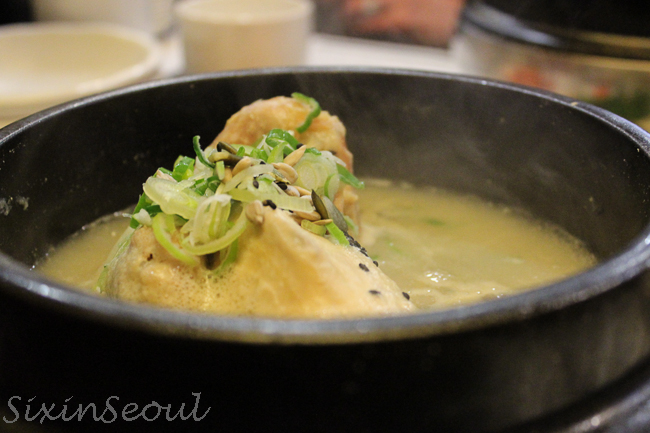 What did I think?
Well, it was WAY better than what I expected!  The ginseng wasn't too strong and the broth was a bit like chicken and dumplings broth.  Kind of simple.  I liked it.  It is not something I would have weekly or monthly, but give me a cold day in winter and I might just find myself heading back over to Omega 3.

Plus you get a wishbone and that's just cool. 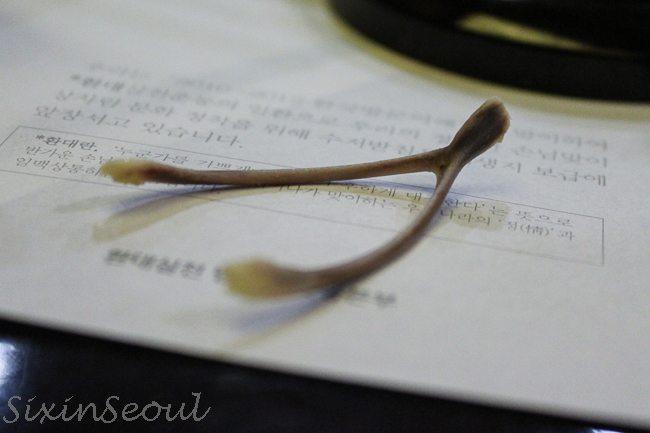 How to get there:
(I only know how to drive there.)
Leave from Visitors Center gate 13 - turn right and get in the right hand lane.
Take the first right (at the light) and go over the railroad tracks.  Stay in the left lane.
At the first light make a left.
At the first right make a right.
Go until you see a small 4 way intersection - look across the street to the left and you will see Omega 3 Samgyetang restaurant on the bottom floor.
Park in the lot.
I didn't pay for parking - I don't think you have to as many people were helping me park and unpark.  :o)
The outside of Omega 3 looks like this: 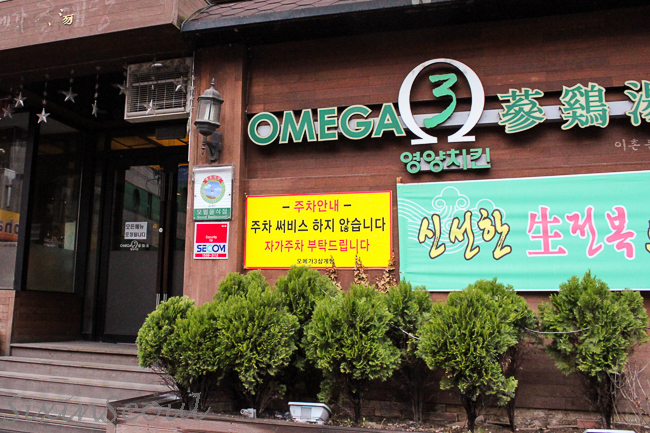 I think your directions are off. The first right at light puts you into Park Tower.